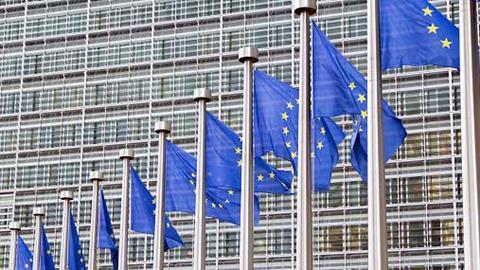 An ambitious Brexit agenda for lawyers

As is well-known, the EU Council recently published its Brexit negotiating guidelines. The outlines are familiar: certain items, including certainty over citizens’ rights, will be dealt with first, and only when ‘sufficient progress’ has been made in that first phase will the negotiations move to future arrangements between the UK and the EU post-Brexit. 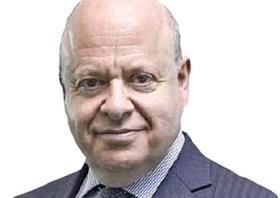 Accompanying the guidelines was a little noticed annex, which has important news for lawyers. Article 22 of the annex explains some of the citizens’ rights which will be dealt with during the first phase, stating:

‘For reasons of legal certainty, the agreement should ensure, in the United Kingdom and in the EU27, the protection, in accordance with Union law rules applicable before the withdrawal date, of recognised diplomas, certificates and other evidence of formal qualification obtained in any of the Union Member States before that date.’

But, as is clear from Article 22, there is also the question of what rights EU lawyers will have here. Such an issue is not settled by our practice rights regime alone, which is already wide open and so should cause little problem. It is also a matter of the rights of such EU lawyers to live and work here, which belong in the field of immigration.

According to the leaked account of the Brexit dinner between the prime minister and senior EU officials, the prime minister suggested that EU citizens would in future receive only the same rights in relation to living and working in the UK as anyone else who is not a British citizen.

The Law Society in its manifesto has not asked for equal rights for EU lawyers, but merely that a future government: ‘ensure that business migration policy is sufficiently flexible to support the legal sector’s global competitiveness, enabling law firms to attract and retain talent from the EU and beyond’.

The question is whether the EU will be satisfied with that – indeed, should we be satisfied with it? If we are asking for our EU practice rights to be respected in the EU, which presumably includes the demand that immigration conditions in the other member states are such that those practice rights can actually be put into effect, should we not in all fairness also be asking our government to respect the full rights of our lawyer colleagues from the EU in this country?

I have often seen lawyers in trade discussions shrug when it comes to immigration matters and say that they have nothing to do with them, even when they know full well that immigration rules may nullify a generous practice regime which is on offer in their jurisdiction.

There are two groups of EU lawyers whom we need to consider.

First, there are those EU lawyers, who may or may not be English solicitors as well, who are already practising here in UK firms. I assume that the EU will demand that they should have the right to continue to exercise all their rights fully in this country. Will we take active steps to support them?

Second, although the Law Society has asked our future government to ‘negotiate access for UK lawyers to practise law, base themselves in the EU and have rights of audience and legal professional privilege in EU courts’ after Brexit, what about the equivalent ability of our EU lawyer colleagues to be able to come here after Brexit – either to provide expertise as partners or employees in our firms, or to service their own clients?

The principal barrier that they will face is that, like lawyers from elsewhere in the world who come here to work (not applicable at present to EU lawyers), they will only be able to obtain contracts to provide services if no UK lawyers are qualified and willing to undertake the work required. They will also face restrictions on the areas of work that they can offer to clients, since the rules regarding reserved activities are stricter for non-EU lawyers.

According to the leaked dinner report, the prime minister thought citizens’ rights was so easy that she hoped to sort them out by the end of next month. The EU replied that this was too optimistic. We will soon see who is right. But whatever the complexity, we need to be prepared right now, since the negotiations will begin once the general election is over.

In my view, we should have an ambitious agenda covering both UK and EU lawyers, from the import and export perspective, to protect the UK legal services sector.