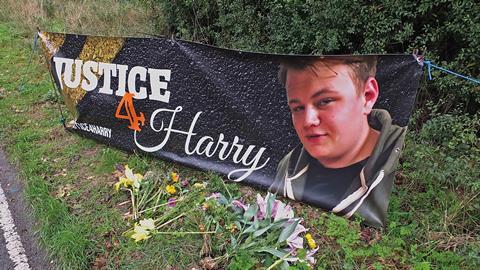 An extradition treaty unfit for purpose

Across politics, people agree US-UK extradition is broken. The obvious example is Harry Dunn. He was allegedly killed in Britain by American Anne Sacoolas driving on the wrong side of the road. The Home Office requested her extradition after she fled to the US. The US Department of State scorned this as ‘highly inappropriate’, but when US prosecutors fancy a go at a Briton, it is a different matter.

The UK-US extradition treaty (in force since 2007) is an unequal instrument. It requires ‘probable cause’ for extraditing Americans to the UK, but only ‘reasonable suspicion’ to send British people the other way.

Since 2007, the UK has surrendered 135 citizens to the US, 99 for non-violent crimes. Meanwhile the US extradited 11 people to the UK. Americans facing UK extradition can challenge this in US courts; our citizens cannot challenge ‘reasonable grounds’ in a UK court. The US secretary of state has broad powers to deny extradition to Britain; the home secretary has limited corresponding powers.

Offences committed in the UK, by people living and working here, will be tried in US courts if America fancies a go under US law. The Department of Justice effectively uses criminal extradition as a lever for US interests in commercial matters, which is not what it is for.

The Serious Fraud Office concluded there was no basis for criminal prosecution but Lynch faces lengthy civil cases in London thoroughly exploring if he bears personal responsibility in the botched deal. UK courts represent the gold standard in commercial disputes. Surely this is a chance for HP to make its case?

But if HP does not get its way, US prosecutors will not go gently into the night. Lynch faces 17 criminal charges in California and possibly 25 years in prison. The US government is playing hardball in commerce, using levers designed for murderers not business deals gone wrong. This is worrying for the UK as it moves out of Europe’s orbit and nearer America’s. But this runs beyond Britain.

A recent example is Jean Boustani, a salesman for Lebanese shipbuilders Privinvest, who was arrested at JFK in January 2019. Privinvest’s shipyards have delivered more than 2,000 vessels, with products in over 40 navies worldwide.

Boustani found himself in federal court, facing charges of wire and securities fraud and conspiracy to commit money laundering. A Brooklyn jury acquitted him of these charges in December, but not before he spent almost a year in a New York jail.

Boustani’s ‘crime’ was negotiating three contracts with Mozambique, for a shipyard, fishing fleet and coastal defence system. Credit Suisse financed those contracts, with Russia’s VTB, then sold parts of the loans to investors, including some in the US. Mozambique defaulted on the loans, leaving investors unhappy.

Boustani’s lawyer Michael Schachter did not dispute the assistant US attorney’s claim that his client made payments to Mozambique officials, which Boustani called a ‘cost of doing business’ there. But Boustani had no communications with investors, in the US or elsewhere, and no US ties. He was a boat salesman. So why did a US courtroom try this case?

In a grown-up world, we would recognise that business deals, taking on risk to make profit, sometimes go wrong. And unhappy investors often turn to courts. But it is disingenuous to think every business risk that does not work out should result in prosecution.

Britons facing trial in the US, for alleged offences in the UK, face disadvantages.

Three NatWest businessmen extradited in 2006 found it difficult getting witnesses on their behalf, suggesting former colleagues feared travelling to the US. This did not increase David Bermingham, Gary Mulgrew and Giles Darby’s chances of getting internationally acceptable justice from their Texas judge.

For the Department of Justice, criminal arraignment on overblown charges is a first move in a game where 97% of cases settle by plea bargain. When defendants can only have one piece of paper at a time in their US jail cell – Lynch’s London civil trial involves more than 11 million documents – the chessboard is tilted.

Parliament’s Joint Human Rights Committee called on the government to renegotiate the treaty so Brits receive equal protection to Americans. It is a truth universally acknowledged across Britain’s political divide. Former Brexit secretary David Davis said US criminal courts seek ‘to be judge, jury and executioner for global commercial deals’. Sir Menzies Campbell QC does not often agree with Davis, but does so here. Lynch winning his civil case would be ‘a powerful argument against extradition’, Campbell says. 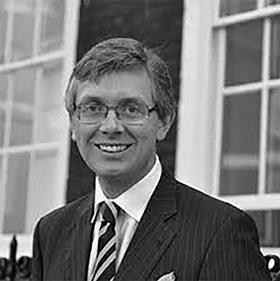 The Lynch case puts into relief US Department of Justice overreach, and an extradition treaty unfit for purpose.

When Britain cannot get a teenager’s alleged killer extradited, but UK software developers share US jail cells with murderers when business deals go wrong, justice is out of balance.

Robert J Dougans is a partner and head of dispute resolution at Preiskel & Co, London