Calling time on our booze culture

A common calendar entry of many lawyers and other professionals is ‘Drinks with [X]’. But with concern growing about the effect of alcohol consumption on our profession, we must be mindful of the potential problems to which we are exposing our peers. 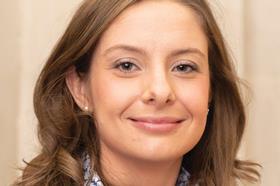 One of the key reasons to be alert to alcohol in the workplace is its effect on health. For the last three years, the Junior Lawyers Division has run a resilience and wellbeing survey. Every year the results have identified alcohol both as a factor in mental ill-health and as a mechanism for dealing with work pressures. Alarmingly, comments such as ‘I feel the need for a glass of wine every night… as a way to unwind’ are not uncommon.

Statistics from the City of London’s Business Healthy 2017 initiative highlighted that harmful drinking is the biggest risk factor for death, ill-health and disability among 15-49-year-olds in the UK. Moreover, recent figures from the Office for National Statistics showed professionals are much more likely to consume alcohol than others. In 2017, 69.5% of professionals surveyed had consumed alcohol in the previous week, compared with 51.2% of those in manual occupations. It is estimated that 3%-5% of all absences – up to 17 million working days – are lost each year due to alcohol, costing the economy more than £7.3bn.

Historically, the law is a profession in which recruitment, business and team-building are conducted over drinks. In addition, work pressures increase the risk that some will turn to unhealthy coping mechanisms, such as excessive drinking. It is unsurprising that increased drinking among junior lawyers mirrors the increasing burdens upon them, particularly as many fall into an older demographic (the average age of a newly qualified last year was 29). People in this category also face debt problems, family and domestic responsibilities, and competition for training and employment positions.

Another reason why we must pay attention to the prominence we place on alcohol at work is the negative impact it has on diversity and inclusion. There are many reasons why people do not drink, so we need a culture where colleagues do not feel the need to justify why they choose not to drink.

This is an obvious issue when organising events (internally within your organisation, as part of team socialising and the recruitment process, or externally with both intermediaries and clients) that focus around alcohol. Many lawyers are either forced to miss out by choosing not to attend, or are encouraged or pressured into drinking when they would otherwise choose not to. Both outcomes can seriously affect career progression. They may also serve to exclude potential recruits and individuals at the client or intermediary where relationship-building is the objective. When organising events, I always receive positive feedback from guests who are delighted to be invited to an occasion that is ‘not just another drinks reception’, or where it has been made clear that alcohol is not a focus.

We must also consider bullying and harassment in this context, which deserves an article on its own. One cannot overestimate the extent to which alcohol contributes to workplace bullying and harassment – in particular, sexual harassment. Statistics from the International Bar Association show that one in three female lawyers has been subjected to sexual harassment in the workplace. This has added to widespread calls for all employers to implement alcohol consumption policies.

There are already many examples of such policies from: Google’s policy implemented last year, whereby managers are held responsible for actively reducing alcohol consumption at internal and external work events; to several organisations rationing or banning alcohol completely.

Message from the top

Many organisations are already taking steps to ensure that alcohol-related issues are tackled. Raising awareness is key to dislodging old habits.

There are several steps that those organising events can take to remove the focus from alcohol, including making events about ‘socialising’, ‘networking’ or ‘catching up with’ rather than ‘drinks’. Including food or an activity helps to distract from pressured alcohol consumption and also makes the event more engaging and interesting. In recent months I have organised successful breakfast training and networking sessions, and received invitations to alternative events such as mini golf and a local guided tour/treasure hunt.

It is also important to convey clearly that it is entirely acceptable not to drink at such events (and not to be expected to drink). Through my work at the Law Society I have heard reports from pregnant women (for example) who have not been invited to wine-tasting events with clients, even though they would have liked to have gone.

As individuals, it is fundamental that we do not feel we must justify why we do not drink on a given occasion and, importantly, that we keep attending events that are perceived as alcohol-focused. We should all look out for situations where others may make comments to our peers such as ‘why are you not drinking?’. Now is a great time to step up in support of your colleagues and move the conversation on to different ground before they feel the need to explain themselves.

Many organisations offer support if you are affected by any issues in this article, including Mind, LawCare and Drinkaware.

Laura Uberoi is a Law Society Council member. She is also a real estate finance solicitor at Macfarlanes and president of the Westminster & Holborn Law Society