It is a truth universally acknowledged, that a civil justice system bereft of a good fortune, must be in want of ideas. 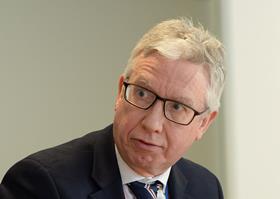 In a speech entitled ’Securing Open Justice’ given to the Max Planck Institute for Procedural Law in Luxembourg on 1 February 2018, Sir Ernest Ryder (Senior President of the Tribunals) signalled what he called the end of Judge-led reforms. In its place he gave examples of the future basis for reform calling for a rule of reason. This he distinguished from reform led by submissions from sectarian interests such as those of, he suggested, particular groups or individuals submitting evidence to Judge-led Reviews.

Two recent (and it has to be said controversial) reforms affecting solicitors may serve to illustrate the evolving approach.

Lord Justice Jackson (as he then was) recommended the introduction of costs management and included within that recommendation the requirement to budget for costs, which is hugely popular amongst clients. Despite the solicitors’ profession less enthusiastic welcome it was supported by the Law Society of England and Wales (LSEW)’s Civil Justice Committee and subsequently endorsed by the Legal Affairs and Policy Board of the LSEW. This visionary move saw the LSEW aligning itself with the paying public’s need for transparency. The LSEW’s submission was important in persuading Sir Rupert to propose costs budgeting.

Nevertheless this recommendation was brought about by submissions unsupported by evidence.

Contrast that approach to reform with the approach adopted by the Solicitors Regulation Authority (SRA) in connection with the requirement to publish solicitors charges for certain types of work. A move opposed by many in the profession, the SRA’s research showed the change commanded the support of 85% of the 1,020 members of the public surveyed. The survey found that when choosing a legal services provider, most people (85%) want information before making their decision, usually relating to price (53%) and quality (37%). The change comes into force on 1 December 2018.

’Our rule of reason’

When seeking the basis for future law reform what should be our rule of reason? The approach adopted by the SRA (encouraged by the Competition and Markets Authority) is a good example of the way forward. This approach has its roots in Jeremy Bentham’s theory of Utilitarianism which Bentham developed from work done by Locke and Hume.

Utility serves, I suggest, as the foundation stone for our rule of reason. In Bentham’s ’A Fragment on Government’ he explained the true measure of reform was the degree to which reform achieved the greatest happiness of the greatest number. In the same publication Bentham railed against ’ancestor-wisdom’, as he put it, which seems to be what Sir Ernest Ryder says we abandon as our guiding light in law reform.

To what extent is Utility accepted in law reform circles now? I raised this Benthamite approach in my speech at the Annual Conference of the Civil Justice Section of the LSEW on 21 April 2016 (replying for the LSEW to the keynote speech by Sir Rupert Jackson).

Since that speech Kerry Underwood has supported this utilitarian approach, in 2017: ’The culture of litigation as a last resort is dangerous and misconceived. Rather we need to deliver justice in a quicker, simpler and much cheaper way so that litigation is not the trauma that it currently is for most of our citizens.

For example, rather than closing courts, public buildings should be utilised in the cities, towns and villages as courts. Every school in the country could be used as a court in the evenings and weekends and local, experienced lawyers appointed as assessors.’

The need to deliver access to justice quicker and easier for the citizen-user calls for a clear view of the right approach to reform. One which has the needs of the citizen front and centre. One which is at the forefront of reform thinking now.

The Civil Justice Council’s (CJC’s) Working Party on FRC for lower value clinical disputes is due to report in December 2018. The data to support this should be sought but will the funding be found? Professor Fenn’s work is limited due to lack of data.

Another report from the CJC, on ADR, was due to be published in July but this has been delayed (by the scale of its terms of reference) until later this year. It is hoped that this Working Party’s approach to increasing the take up of arbitration, mediation, neutral evaluation (with other forms of ADR) are being considered from the perspective of the citizen’s needs.

The Next Big Leap

This will not be under the Civil Justice Modernisation Programme because that funding runs out next year, unless the Treasury extend the funding settlement with the MoJ. The focus in future must be on data gathering to inform how best to progress when eventually, as it must, funding permits progress either from private sources or from the State or a blend of the two.

Such an approach supports the needs of academics undertaking or proposing data gathering exercises. Professor Fenn’s work with the CJC’s LASPO Pt2 review, and the 9 Points data programme suggested by Dame Hazel Genn in her Birkenhead Lecture on 16 October 2017, are each worthy of support by MoJ, the LSEW or others. We may be in another age of uncertainty but with the right data we can be certain of the way forward.