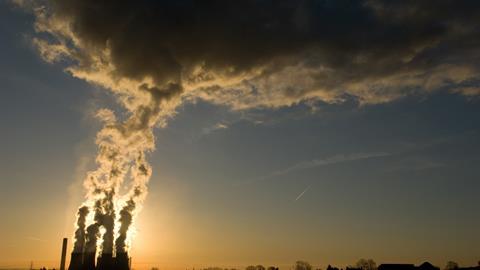 Climate Trumpery is not the end of the world

It was a British prime minister who placed climate change firmly on the global policy agenda. The one who warned the UN General Assembly of the 'prospect of irretrievable damage to the atmosphere, to the oceans, to earth itself' and called for a 'vast international, co-operative effort' including a 'convention on global climate change'.

When I say that the speech quoted Darwin and Milton, and was made by the last prime minister to have a solid grounding in science, philosophy and law, you'll guess whose words these were. Margaret Thatcher was speaking in November 1989, at a time when a scientific consensus was emerging that human-generated emissions of carbon dioxide would warm the planet rather than cool it (as we'd assumed in the 1970s) and the warning light of ozone depletion was flashing. Thatcher also mentioned the destruction of the rainforests and the 'reckless' rate of species extinction.

As it happened, in 1989 we were on the way to tackling ozone destruction: the Montreal Protocol, an outstandingly successful international agreement, came in to force that year. Extinctions and the destruction of rainforests are still with us, however. As of course are carbon emissions. Hence the outrage over President Trump's decision to fulfil his election pledge to pull the world's second largest generator of CO2 out of the 2015 Paris climate agreement. 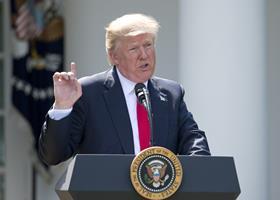 Much of this outrage is overblown - the result of short memories and muddled thinking. The Paris agreement was notable for the sheer number of countries that signed up. But this was achieved only by greatly watering down the ambitions of the failed Copenhagen conference in 2009. In particular, the Paris treaty is not legally binding. As Thatcher pointed out in 1989, this is a serious flaw: she told the UN that 'These protocols must be binding and there must be effective regimes to supervise and monitor their application. Otherwise those nations which accept and abide by environmental agreements, thus adding to their industrial costs, will lose out competitively to those who do not.'

Meanwhile critics such as Matt Ridley point out that the treaty commits the world to achieving only a tiny percentage of the carbon cuts needed to meet the goal of keeping temperature rises within the target range.

Yet, as Trump has noticed, this all comes at enormous cost: a global price tag reaching into the trillions of dollars a year. For all of Trump's bluster about 2.8 million US jobs, the main victims will be in the developing world, trapped in poverty and consequently more vulnerable to extreme weather events. (Floods and hurricanes are vastly disproportionate killers of poor people.)

The unravelling of the Paris agreement would at least be the chance to come up with something better. As global agreement on mandatory and meaningful carbon cuts is patently unrealistic, 'better' could mean a massive increase in R&D spending on renewables. The economics of some technologies are already changing so quickly that markets can do the job on their own, but more help is needed.

A future UK government might also take the opportunity to consider whether it wishes to remain the only major economy with its own legally binding emissions target, under the Climate Change Act 2008. Personally, I would keep this - but back it up with an energy policy which would embrace shale gas (to drive efficient local combined heat and power plants) and nuclear as well as more fashionable but marginal 'renewables'.

Other domestic priorities could be ending the punitive tariffs on Chinese solar panels once we leave the EU and to stop supporting the ecological catastrophe of biofuels. (Mea culpa: 30 years ago I edited a book enthusiastically promoting biomass energy.) Locally, we need immediate action on city air pollution: Tokyo's taxis have run on liquefied natural gas for decades - why is a single London cab or bus still burning diesel?

What of the role of lawyers? Over the past few years I've attended the launch of numerous well-meaning initiatives, such as the International Bar Association's presidential task force on climate change justice. All very worthy, but let's remember that the proven way to improve the environment is to generate prosperity and act locally. Perhaps the European Bar Federation's conference in London later this year on the role of lawyers in protecting the planet will recognise this aspect.

I'm sure that Margaret Thatcher would approve.