It is trite to describe this period as 'unprecedented'. But it is also true. The last few months have been difficult for many of us and unbearably painful for others. It is hard to think of two more significant events than the Covid-19 pandemic and the worldwide response to the racist killing of George Floyd by police in the United States. Both events have compelled us to reconsider how we live our lives, and to reflect upon structural inequalities in society. 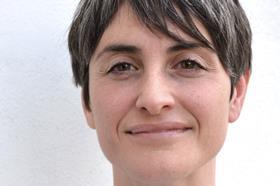 Covid-19 has laid bare gaping societal inequalities. The virus can affect any of us, but it is disproportionately infecting and killing people who were already discriminated against. Key workers have been on the frontline of the pandemic and most at risk of infection, partly because of inadequate PPE. Bus drivers, cleaners and many other key workers are disproportionately from BAME communities. A report by Public Health England found that racism and structural inequality have contributed to the increased risks of BAME communities being infected and dying from the virus.

The depth of response to the killing of George Floyd challenged many of us to critically evaluate ourselves. As public lawyers, we are often so consumed by litigation intended to alleviate systemic inequality that we have not paused to examine our own actions and beliefs. Despite our desire to hold power to account, I think many of us have not always seen the extent of our own power and privilege.

Black Lives Matter has challenged many of us to start properly to learn about racial inequality. It has made us recognise why it is essential to be conscious of the distinction between being a non-racist and an anti-racist, and why we should all do more to be anti-racists.

Public Law Project is striving to be more intentional in our engagement with racial inequality. We are determined to be more race conscious in the work that we undertake, the norms we accept, and the development of our workplace culture. In that we are fortunate to have the opportunity of guidance from our newest patron, Professor Iyiola Solanke. Iyiola is Chair in EU law and Social Justice at Leeds University, and has written and lectured widely on systemic inequality. We were delighted when Iyiola agreed back in February to join PLP as patron, and that she has agreed to deliver the closing address to our upcoming conference on equality. Her work on treating discrimination like a virus, written before the pandemic, highlights the important parallels between infectious diseases and pervasive discrimination.

So 2020 has brought to the fore many of the profound inequalities that exist in society. It also marks the 10th anniversary of the Equality Act 2010, the focus of a major PLP conference next week. It is a timely opportunity to pause and reflect on the real-world applications of the Act and on the role of public law and public lawyers in addressing systemic inequality.

In 2010, the Act brought together over 100 separate pieces of legislation to create an explicit legal framework to protect the rights of individuals and to advance equality. Whilst it remains the cornerstone of our legislation around equality, the world has moved on a great deal in the intervening years.

The architects of the Act would not, for example, have foreseen the rapid development of algorithmic decision-making and the potential for data discrimination, or the role that a national crisis such as Covid-19 plays in exacerbating societal inequalities. Nor could they have foreseen how LASPO would so drastically restrict access to justice, making it so much harder - and in many cases impossible - for some people to enforce their rights under the Act. In addition to sessions on these subjects, we will be looking at cost barriers to judicial review and how the Act applies to gender recognition.

There will be space also to reflect on what may be one of the most significant deficits of the Act, which is that it is not sufficiently nuanced to deal with situations where discrimination is based on more than one type of protected characteristic. For example, where a policy disadvantages black women specifically, but does not also disadvantage black men or white women, the Act cannot be used to tackle that discrimination.

The nature of discrimination is that it often impacts people where these characteristics intersect, and so despite the Act’s demonstrable significance, by seeing those characteristics only in isolation it still cannot adequately address the complex realities of discrimination. It is noteworthy that more than 30 years since intersectionality emerged into anti-discrimination discourse, our main piece of equality legislation does not recognise that people are multifaceted.

This has been a year like no other, but I am hopeful that it will be remembered not only for tragedy but for moving us to start, in new ways, to address deep rooted inequality.