Crowdfunding can be a ray of light

In the access to justice infrastructure in the UK, there are many gaps. In the political sphere, legal aid has been slashed. In the legislative sphere, barriers have been mounted to make judicial reviews harder in practice to run. There is no perfect solution for a problem that affects individuals, businesses and lawyers – namely, the lack of an affordable framework for everyone to access legal services. 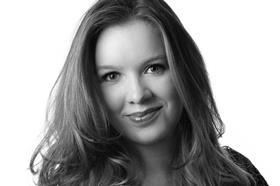 In this context, CrowdJustice tries to be a ray of light for the sharp end of an industry where there is little profit margin and lawyers tend to work long hours at low pay (no matter that they are never portrayed thus).

Indeed, uniquely among crowdfunding platforms, CrowdJustice works exclusively with the clients of regulated lawyers in the UK, and with non-profits. And because we work with SRA/BSB-regulated lawyers, we are part of a high-integrity ecosystem. We have rigorous compliance processes around KYC and AML and funds go directly to lawyers’ client accounts.

We have worked with over 350 law firms and hosted over 1,000 cases on the platform, 10 of which have reached the Supreme Court.

These are not just numbers. Individuals, like Dr Chris Day who has used the platform to raise funds all the way up to the Court of Appeal, have changed the law and found solace in the number of people who have supported them. Families, like that of Charlie Nokes who tragically died in prison while serving an imprisonment for public protection sentence, have been able to secure legal representation at inquests rather than take on the difficult search for answers alone. Communities have come together to fight the loss of green space and affordable housing - like the Latin community in Tottenham who continue their campaign to save their beloved market, Pueblito Paisa, from gentrification.

One lawyer recently told us that his most interesting work was work that had been crowdfunded – that it had changed his practice.

Backers – nearly 500,000 of them – have found a place to learn about the law and to feel involved in a system that often feels alien and far removed from their day to day.

These small donations are key to giving people real access to lawyers. The median amount raised in donations on CrowdJustice for any given case is £13,000. For every group that raises £100,000 to take on a judicial review of national importance, there is an individual who raises £2,000 to get immigration advice. The need for access is broad – and we try to serve some of that need by providing a low-friction, high-support and safe space for individuals and groups to raise funds for access to legal services. They are not raising funds speculatively, but rather, funds are raised to pay lawyers to do what they do best – give legal advice – in a regulated and transparent way.

In Stephen Hawking and others v. Secretary of State for Health & Social Care and National Health Service Commissioning Board [2018] EWHC, funded on CrowdJustice, Cheema-Grubb J acknowledged that where a judicial review is being crowdfunded, the public is funding both sides: the government is funded by taxpayers and the claimants by crowdfunding. She went on to say that responsible individuals ought to be able to bring forward a public-spirited case and that without crowdfunding, and with unlimited personal liability (i.e. without a cost cap), they might not be able to do so. In other words, crowdfunding was a way to have an important case heard, and indeed to bring some equality of arms.

This democratisation of access to justice is why I joined CrowdJustice. Our team is passionate about doing something to make a significant difference to the lives of people who need that access. In a pre-Covid world, two thirds of people who needed access to legal services couldn’t get them. Post-Covid, those numbers are only going to rise. But for some, CrowdJustice may be a ray of light when having a lawyer can be the difference between having a good experience of the legal system, and suffering the long-term consequences of not.

Gráinne Mellett is the general manager of CrowdJustice.