Over the last week in December and the first in January, one could barely open a newspaper without seeing mention of Divorce Day. This is the first working Monday in January, when people are supposedly falling over themselves to issue divorce petitions, with lawyers rubbing their hands in glee. 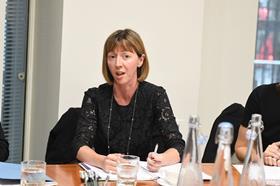 This story has been around for at least as long as the average marriage. But is there any truth in it? And how well does it reflect on family lawyers to engage in the media coverage?

What is true is that online divorce searches surge in January, leading to increased enquiries to law firms. January 2012 and January 2016 were the two most popular months for divorce searches in the last decade; however, there are said to be similar peaks each year in May and August. Searches and enquiries do not always, of course, lead to a petition being issued very soon afterwards (if at all).

Those of us who are Resolution members are bound by a Code of Practice, requiring a petitioner’s solicitor to notify a respondent’s solicitor of an intention to issue and to try to agree the particulars in advance. Quite apart from being in breach of the code if rushing to issue on Divorce Day (having seen a client for the first time), it would likely lead to a flood of defended divorce proceedings if this were really happening. In fact, it remains the case that only around 1% of divorce petitions are defended.

Clients come to us at one of the most difficult times in their lives. They entrust us with personal information and, at a time of high emotion, look to us for ‘norms’.

One question often asked is, how quickly does one party typically issue a divorce petition after first seeing a solicitor? Every case is different – sometimes we see clients at a very early stage, when the cracks in a marriage are just beginning to show and they are tentatively exploring what life may look like after divorce. For others, they see a solicitor as a final port of call, after a long period of couples counselling. Many others sit somewhere between the two. A good family lawyer will always look to signpost to therapeutic services and discourage a client from issuing divorce proceedings until they are certain. Our experience is that if a couple agree that the marriage is over and feel that they have tried their best to save it, they are more likely to have an amicable separation.

Sometimes divorce is not a mutual decision. The most acrimonious tend to be those where one or both spouses are not emotionally ready. Therapy and reflection can be a useful way to help understand why the relationship ended, which tends to make the legal process smoother.

So a risk of the Divorce Day media storm is that it potentially encourages people to rush into a decision before they (or their spouse) are ready; and in doing so, could lead to acrimonious proceedings or a hasty decision later regretted.

It is undoubtedly true that, like at other points in the year (Easter and summer, notably), Christmas leads to family crises and people scoping out their options in the early new year. It is also true that this leads to more enquiries to lawyers in January.

There is nothing wrong with family lawyers reflecting on this phenomenon in the media come next January. But it is to be hoped that the tone will be measured and sorrowful; that the benefits of counselling and not rushing into a decision will be highlighted clearly; and that it should only be those who have already had counselling who are encouraged to be the first ones issuing divorce proceedings in the new year.

Jo Edwards is a partner and head of family at Forsters