End of an era for the European project

In less than a month, Brexit will begin to bite. The transition period – which has cushioned the UK since it left the European Union in January – ends on 31 December. What impact will this have on people from the UK who have built their working lives around the European project? 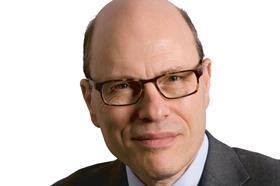 A profound insight into this question was offered last month by Eleanor Sharpston QC (pictured below), delivering this year’s Hamlyn lectures. She told us of a young man from Essex with whom she’d shared a ski-lift at Kitzbühel early in 2016. Each winter, he was employed as a ski instructor in Austria. Each summer, he found work as a chef in Spain. And yet he had been planning to vote Leave. After a quick tutorial from Sharpston on what Brexit would mean for his future employment prospects, he appeared much more thoughtful when they parted at the top.

‘Here, surely, is the great failure of the European project thus far,’ said Sharpston. ‘It’s not that the project has failed to deliver. It is, rather, that it has failed to engage with the European citizen. There is little or no general awareness of the benefits that EU membership has brought.’

For decades, member states had been ready to claim anything popular as their own while blaming anything people didn’t like on ‘Brussels’. Improved European education was needed – but not in a form that could be dismissed as propaganda.

So Sharpston started in 1946, when Winston Churchill called for ‘a kind of United States of Europe’. The first step, he insisted, must be a partnership between France and Germany – though there was no suggestion that the UK should join them. 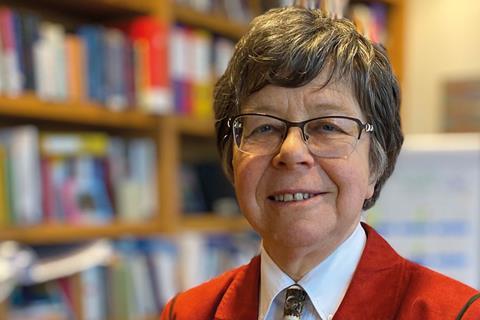 But, say the Brexiteers, the common market was never intended to be more than a free trade area. Not so, replies Sharpston. UK lawyers tend not to take too much notice of the endless recitals that precede the binding provisions of an agreement. But look at the European Economic Community treaty of 1957. As the preamble says, signatories were ‘determined to lay the foundations of an ever closer union among the peoples of Europe’.

And what about the Court of Justice of the European Union? Sharpston was a member for nearly 15 years, serving as an advocate general until she lost her job three months ago. Wasn’t that part of the European project too?

Certainly, she acknowledged, the court’s job was to cut through the ‘constructive ambiguities’ in a text and lay down a single, binding meaning. That allowed the EU to function. But Sharpston poured cold water on what she described as a ‘favourite Euro-myth: that the CJEU is a court with a clear federalist agenda which it is bent on forcing down the throats of the unfortunate member states and their assembled citizenry’. Some of her fellow judges were centrist in outlook, she accepted. Others favoured greater national autonomy. But all were determined to get through each case that was sent to them.

And yet the judgment in Van Gend en Loos, delivered by the European court in 1963, had ‘transformed the early landscape’. The 1957 treaty had created ‘a new order of international law’, the court explained, not only for member states but also for their nationals. ‘Community law therefore not only imposes obligations on individuals but is also intended to confer upon them rights which become part of their legal heritage.’

As Sharpston observed, ‘it is hard to overstate the importance of Van Gend en Loos. Without it, primacy and supremacy and direct effect would not have found their way into the EEC legal order. If the European project had worked at all, it would only have been in a muted form. It would not have spread its wings and taken off.’

But there was now a ‘blemish’ in the court’s aim of constructing a union based on the rule of law. It involved Sharpston herself and the question of whether Brexit had given EU states the power to terminate her mandate as a member of the court whenever they chose to. These states had ‘asserted – so far successfully – that they have the right to determine that question definitively and without judicial review by the court itself’. In her view, this was ‘an intrusion into the independence and autonomy of the EU’s supreme court’.

As a member of the committee that supports the Hamlyn trust, I chaired the question and answer session that followed Sharpston’s final lecture. Had her confidence in the EU judicial process been damaged when the court summarily rejected a challenge to her dismissal?

As a human being, Sharpston replied, she had been ‘shaken and bruised’ by it. As an EU lawyer, though, she hoped it would be ‘a transient blip in terms of the rule of law’.

I suspect we have not heard the last of l’affaire Sharpston.