Divorce law in England and Wales has not changed in more than fifty years and with an estimated 42% of marriages now ending in divorce, it has long been due an overhaul. 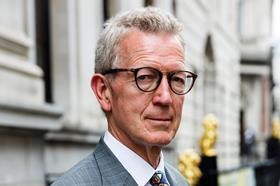 According to the Office of National Statistics, 101,669 opposite sex couples and 338 same sex couples divorced in 2017.

For decades, these couples have been forced either to prove one of three fault-based facts against their partner or wait two years – five years if they cannot agree on the terms of separation – to obtain a divorce.

In 2018, Tini Owens made newspaper headlines across the country when the Supreme Court refused to grant her a divorce.

As her husband did not agree to the divorce and she could not prove a fault-based fact, the court ordered the couple to spend five years separated before filing for divorce – forcing Mrs Owens to stay in an unhappy marriage.

The government’s Divorce, Dissolution and Separation Bill aims to prevent cases like this from happening by introducing a much needed ‘no fault’ divorce.

Divorce can be a highly stressful experience and the current requirement to prove a fault-based fact or spend years still legally married often exacerbates tensions between couples.

For separating parents, this can make it even more difficult to focus on the needs of their child and co-parent amicably.

Introducing ‘no fault’ divorce will allow couples to separate as painlessly as possible – citing irretrievable breakdown as the sole reason for ending their marriage.

The Law Society has long been in favour of reform. We very much welcome and support the Bill as a landmark step forwards for divorce law and are pleased to see the Bill reintroduced following the December 2019 election.

The Bill’s inclusion of joint divorce petitions and replacement of the two- or five-year separation periods with a 26-week notice period will simplify the divorce process.

However, there are a few important details which need to be addressed to ensure the Bill is clear, fair and accessible for all.

Firstly, the Bill proposes the notice period begins from start of proceedings. We are supportive of this for joint petitions as both parties have agreed to start a formal divorce process.

However, in sole petitions, we believe the notice period should begin when the respondent receives notice.

It can often take a few weeks for the respondent to get the divorce papers from the court and if they are abroad or there are court delays, they could receive notice long after the application was first filed – leaving them with much less than 20 weeks to respond.

The petitioner also has no legal obligation to serve the papers immediately after divorce proceedings have started.

This would create exactly the kind of animosity that ‘no-fault’ divorce laws aim to remove from proceedings. Starting the notice period from when they receive the papers will ensure that both parties are on the same page from the very beginning.

The proposed Bill also includes a reflection period towards the end of the divorce process between the conditional and final order.

Any respondents unaware of unhappiness in their marriage could find their separation is racing ahead quickly. If they choose to focus on resolving shared finances first, they can easily find themselves with little time left to reflect on the divorce itself.

Introducing a three-month reflection period at the beginning of proceedings – without any non-urgent financial discussions – would give couples enough time to consider their situation, attend mediation, seek the legal and financial advice they need or engage marriage counselling.

Where needed, urgent applications such as emergency protection applications, should of course be available. Likewise, if both parties agree to proceed immediately to a court application, then they should be able to waive this reflection period.

The current £550 court fees for divorce applications are too high – especially for those with lower incomes – and add an extra financial hurdle to what is already a costly process for many couples.

The government’s new online divorce system will cut the cost of administration for the courts and this should be reflected in more affordable court fees.

Finally, we also believe that in cases where there is disagreement over finances no final divorce order should be granted if there would be any prejudice to either party.

The simple reason for this is that if one party dies after the final divorce but before their financial settlement, their legal status has changed from spouse to ex and they no long have automatic entitlements.

This can have far reaching consequences on everyday finances such as pension rights, life insurance policies and medical insurance.

The Divorce, Dissolution and Separation Bill has the potential to transform the separation process for thousands of couples across England and Wales but for it to be effective, every detail needs to be carefully considered.

These amendments would ensure the Bill runs as seamlessly as possible and create divorce laws fit for the 21st century.