It’s International Women’s Day today so despite a hundred emails to answer, phones ringing off the hook, clients to see, mountains of cases to look at, it’s still time to reflect: as a woman, as a lawyer and above all, as an immigration lawyer on this year’s theme: Balance for Better. 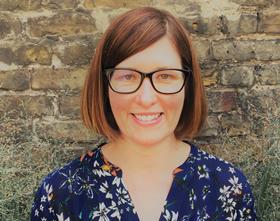 This is an important, vital and seemingly simple theme. Yet the more you think about balance, the more nuanced and complex it is - covering gender parity, pay, education, equality, careers, work, home life, families, opportunity, justice and the opportunity to hope for a better future.

Balance for better means so many things to me. I believe there is a great imbalance in how the hostile environment treats women.

There was the Windrush Scandal which turned the dial on the rhetoric around immigration, we’ve won some very complex cases (Guled v SSHD [2019] EWCA Civ 92, in which the Court of Appeal ruled on the legal status of a deportation order made in 2002), we’ve pushed back against the hostile environment and only last week won our High Court case against the Home Office over the ’Right to Rent’ scheme.

However, overall the balance is tipped against our clients so many of whom are women.

There’s a lack of legal aid, a lack of humanity, too much hostility and not enough support for women.

But despite this, I lead a team of very determined professional women who come in every day, roll up their sleeves and set to work because we want to play our part and redress the balance in favour of vulnerable people – often mothers, daughter, girls - caught up in the hostile environment. They are our clients and it is our aim to give these women access to justice. This entails getting their immigration status settled so they can move on with their lives and have what the rest of us take for granted, – a roof over their heads, a job, security, children recognised as British citizens, the ability to go to college and university.

Balance is important. So are the things JCWI strives for - fairness, justice, equality. With uncertain immigration status, you can have none of those things. Every day is a struggle. So many of our clients – so many of them women- live in fear, distress, live in limbo.

Despite the continued onslaught of the hostile environment, I’ve taken heart in the number of clients we have helped this year and one thing in particular has struck me: we represent a large number of not just women – but incredible women with amazing stories to share and inspire others.

Working in immigration law, over the years, despite your best intentions you do become case hardened; taking a client’s account of torture, rape or human trafficking sadly are part and parcel of our daily practice. Nevertheless, I am still surprised by the sheer resilience and determination these women demonstrate.

Many are not just fighting for their own rights, but for those of children and partners.

What they all have in common is that they are all survivors.

So this International Women’s Day I want to share with you two real life case studies.

AB was trafficked to the United Kingdom when she was a child. She was held against her will, raped, which resulted in a back-street abortion and forced in to domestic servitude. She was denied her childhood. By way of further exploitation, she committed a criminal offence without her knowledge. She was subsequently imprisoned, which exacerbated her severe post-traumatic stress disorder and increased her suicidal ideation. Notwithstanding these obvious difficulties she has three gregarious daughters, all excelling at school. AB has recently won an appeal and is about to be recognised as a refugee. Her case is complicated and has repeatedly been mishandled by the Home Office. Near identical decisions were made on three occasions. This was despite officials promising on two occasions to reconsider as they acknowledged that the earlier decisions were legally flawed. The lack of compassion shown by the Home Office in the consideration of this claim is sadly not uncommon. Hearing AB’s story in full, you cannot help but be moved to tears. Yet she continues to fight on, putting her children first. She wants to become a nurse or work as a counsellor, helping others recover from the same experiences she has been through.

MM’s husband turned on her after the death of their first born. She was the victim of domestic violence. Tragically, their second born was diagnosed with the same condition their eldest had died from. They decided to adopt a third child, but her husband and his family took exception to him and the violence intensified resulting in MM fleeing to the United Kingdom with her two children, but not before both children had witnessed the domestic abuse. In the United Kingdom MM’s eldest has received life-saving treatment for his condition. With the knowledge that he is living with the same condition his brother died from, coupled with uncertain immigration status, he started to self-harm to cope. His brother has started showing signs of aggressive behaviour and is under the care of a child psychologist. This is likely related to the violence he witnessed as a child. This is a lot for any one parent to cope with, yet she does with grace, patience and compassion. Happily, MM and her children are in the process of being granted the right to stay in the United Kingdom after a successful appeal. Her eldest will be able to pursue his dream of becoming a doctor, inspired by the care he has received here.

This is a snapshot of the work that my all female team carry out. And I am so proud of my team and proud of my clients.

We foster a supportive environment in which our clients feel able to tell their stories. They are not always used to having anyone listen, let alone to fight for their rights. Here, at JCWI they get to talk not only to lawyers, but other women. I think this matters.

If we manage to give these women justice, the opportunity to improve their lives, to settle their status, to give them above all hope for them and their families, such a precious thing hope, I truly believe we will have restored a little balance in their world and the universe.

Nicola Burgess is a solicitor and the Legal Director at JCWI. Nicola has specialised in immigration law for 12 years and has particular expertise in representing vulnerable clients.