A series of recent cases has thrust the issue of disclosure further into the spotlight. However, this is by no means a new topic. Recent case law in the Court of Appeal, such as R v DSK [2017] EWCA Crim 2214, demonstrates how the failure to disclose electronic and social media content can lead to convictions being overturned on appeal. 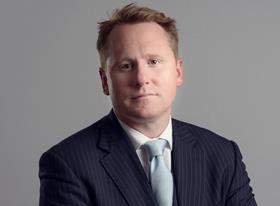 In DSK a conviction for rape was overturned after new Facebook messages were found by the appellant’s brother after conviction. Before the trial, the appellant had repeatedly urged the prosecution to obtain the full Facebook exchange between himself and the complainant. The court held that the messages presented at trial did not show the full context of the communication between the parties and that this rendered the conviction unsafe.

The principal difficulty with disclosure in criminal proceedings is that it is the investigating police who largely determine which evidence is obtained and which is not. They are bound by the Code of Practice on disclosure in section 23(1) of the Criminal Procedure and Investigations Act. This obliges them to pursue all ‘reasonable lines of enquiry, whether they point towards or away from the suspect’. However, what is a reasonable line of enquiry is for the officer to decide and, as the code states, ‘what is reasonable in each case will depend on the particular circumstances’. The problem with this approach is that there may be little motivation for busy officers to pursue difficult or challenging lines of enquiry, and perhaps even less motivation when the enquiries may undermine the prosecution case. This motivation is further diluted by the state of underfunding.

Police officers are not trained lawyers and may not appreciate the nuances of what would or would not be admissible or relevant evidence. This is not necessarily a difficult task, but the volume and complexity of the current guidance makes it appear so. As Richard Horwell QC stated in the Mouncher report, the number of codes creates a ‘false impression that the exercise is more difficult than it should be’.

A practical solution could be for the court to engage with disclosure at an early stage of proceedings and take charge. As in Boardman [2015] 1 Cr App R 33 and R v R [2015] EWCA Crim 1941, the lower courts are repeatedly asked by the Court of Appeal to grapple with disclosure through ‘robust case management’ from the outset. However, there is a fundamental issue with there being no real and effective sanction for non-compliance in relation to disclosure by the prosecution. In Boardman the Court of Appeal recommended a bespoke approach to managing large fraud cases when the amount of data is vast. This would be a positive move in a wider range of cases in the Crown court, as long as it can be properly managed.

In non-common law jurisdictions (for example France), crimes such as murder, rape and serious fraud are usually under the charge of an examining judge (juge d’instruction). The task of the judge is to make decisions about the gathering of data, the examining of witnesses and ordering of searches. They look for evidence which points towards or away from the suspect.

There is a strong argument for elements of this system to be adopted by our courts. To give our judges (in the magistrates’ and Crown courts) an active role in disclosure in a semi-inquisitorial fashion may go some way to solve present difficulties. Under this proposal, a Crown court judge could direct that the prosecution obtain certain material, such as Facebook, phone downloads and social media messages. If the prosecution did not comply, at its very extreme, the prosecution could be prevented from proceeding with the case or a stay would be imposed.

This is an attractive alternative to the current state of affairs, when mismanagement of the disclosure process is rife.

Andrew Morris is a solicitor-advocate at ITN Solicitors