The pandemic has brought serious financial hardship and forced social exclusion, unemployment and restrictions on many. But often overlooked is the impact on the legally innocent people caught up in our underfunded and crumbling criminal justice system during Covid-19, awaiting trial. 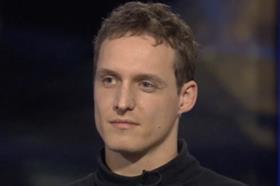 Defendants are being detained in a deeply punitive carceral limbo. They are held by a criminal justice system which sees year-long delays as standard, after the pandemic laid waste to its already barely functioning infrastructure, in prisons which have been epicentres of the pandemic. But as government and parliament assess the remains and consider how to move forward, defendants are being forgotten.

The legal time limit that a defendant can be held in custody – the time between being charged with an offence and bring brought to court for a criminal trial – is 182 days for a Crown Court trial, or 56 days in the magistrates’ court. Prosecutors must give a good reason for the court to hold people in custody (prison) longer than this. The adjournment of trials due to Covid-19 has become an accepted ‘exceptional’ reason for these time limits to be extended.

However, when asked in parliament and through a freedom of information request, neither the government or the Ministry of Justice could say how many defendants have been subject to one - or several - custodial extensions, or how many have been held unlawfully beyond that limit. A Fair Trials survey of frontline criminal justice workers found that custody time limits were being routinely extended, with some trials delayed by more than a year. One respondent stated that 'Quite frankly, [custody time limits] may as well not exist.'

The justice system has also failed to safeguard detainees, who have been held in conditions akin to solitary confinement for four months, allowed out of their cells for an hour and sometimes less a day. The government announced it would release more than 4000 of the UK’s 83,000 prison population – the highest in Europe – in order to reduce the spread of coronavirus, but just 250 were released by the end of July. Yet defendants in pre-trial detention were not afforded the same privilege.

Meanwhile, the arbitrary and racist policing of Covid-19 related offences, under vague and sweeping new criminal justice powers, is dragging people into the criminal justice system unjustly and unnecessarily. Police were twice as likely to fine Black and Asian people than white people under coronavirus regulations, with prosecution for those who don’t pay. The Metropolitan police carried out 22,000 stop and searches on young black men during the lockdown, equivalent to 30% of all young black men living there. Police have repeatedly made unlawful arrests under coronavirus laws and they were caught threatening to make up charges against people in order to arrest them. Police then took things a step further by actually making up charges: over 100 people have been unlawfully prosecuted due to police and prosecutorial confusion over rushed and unclear coronavirus laws, regulations and guidelines, including homeless people who were arrested and prosecuted for not staying ‘at home’.

The pandemic has been disastrous for the criminal justice system. Yet many of the problems preceded Covid-19. The backlog of Crown court cases awaiting trial was already 37,000 in December, and has increased to 41,000 since lockdown. Many cases are unacceptably delayed for years, prolonging distress and obstructing justice for complainants and defendants alike. A judge recently ordered the release of a defendant held since December on non-violent drugs charges, after prosecutors sought to extend his imprisonment awaiting trial for the third time. The judge ruled that the lack of money provided by parliament and the delays in bringing cases to trial were not a good enough reason to deprive someone of their liberty. As another respondent to Fair Trials’ survey stated: 'We are witnessing the collapse of the criminal justice system which is the inevitable product of austerity and court closures'.

The solutions proposed by the government are woefully inadequate and may even aggravate the situation. The government is focusing on 'digitalisation' to solve the backlog and reduce physical contact for health purposes, pledging £142m to 'digitally upgrade' 100 courts, and equip 750 for remote hearings. These plans to ramp up remote justice ignore the significant problems defence lawyers have described with giving legal advice and communicating with defendants remotely, and the fact that defendants in remote hearings are more likely to be jailed and less likely to receive a community sentence. The Equality and Human Rights Commission also found that vulnerable and disabled people are inhibited from properly engaging in remote trials.

The obvious solutions to this crisis include an investment in infrastructure, legal aid, and holistic, interdisciplinary approaches which properly support people in the criminal justice system with complex socio-legal needs. But more structural solutions lie elsewhere: in de-criminalisation and de-carceration. During the lockdown, despite discriminatory and unlawful policing across the UK, there have been fewer arrests overall, and the Crown Prosecution Service has brought fewer prosecutions, after taking an active decision to prosecute less. This was regressively criticised as criminals ‘escaping’ prosecution, yet it is a trend that must continue. Community sentences should be prioritised over short prison sentences which have repeatedly failed to reduce crime. The government’s failure to release even the announced 4000 prisoners, a mere 5% of the prison population, was far short of the re-adjustment required; in the US New Jersey are to free 20% of their prison population.

The pandemic must lead to real and meaningful changes to criminal justice. The government must take the radical action needed to properly resource the justice system, deal with the backlog of cases, and start releasing low-risk defendants.

Griff Ferris is a legal and policy officer at Fair Trials