Gender pay gap – there is no excuse

Last year we saw law firms blame male-heavy senior teams for skewing the pay gap figures, but there really are no excuses. Firms need to review their pay structures and ensure that everyone at the same level is paid the same. It is not good enough to say that a new recruit was paid less in her last role so should start at a lower salary than male colleagues. Firms must pay people equally if they have equal value to the business. 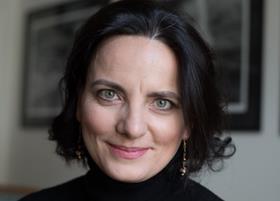 Gender pay gap reporting is vital in the fight for equality. A lack of pay transparency is one of the main barriers to women’s progress in the law and although early on in a private practice career pay grades are very clear, it is at senior levels where there is less transparency and the pay gap widens.

Reporting gives visibility to the problem. Now we have the knowledge, action needs to follow. I would like to see the results of pay gap reporting drive client buying decisions – that is how we will see real change. Whilst senior in-house lawyers have publicly stated they will insist on diversity from the law firms they instruct, on gender pay gaps many find themselves in companies that also face this problem. This means they are less likely to put their heads above the parapet to demand change from their suppliers.

The publicity generated by reporting also raises awareness amongst women of what their rights are and how their own firm performs. Women at poorly performing firms need to speak out and demand equal pay when they know they are being paid less than men – it is after all against the law. Long term firms need to wake up to the fact that ensuring equal pay means retaining talented women who, if they see they are being undervalued, will begin to look elsewhere.