For many campaigners, the lapse and reintroduction of the Domestic Abuse Bill has felt like groundhog day. 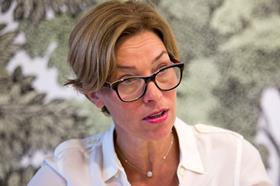 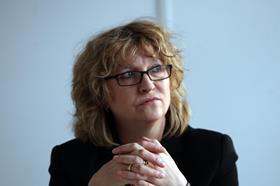 So, news the bill – which includes a proposal to ban the cross-examination of domestic abuse complainants by their alleged abusers – will be reintroduced following the general election is welcome and we urge the government to do this as soon as possible.

This form of cross-examination has long been considered a misuse of the justice system with solicitors, women’s charities and MPs alike calling for it to be halted.

Following cuts to legal aid in 2012, the number of litigants in person has risen drastically as those who cannot afford a lawyer try to represent themselves.

As a consequence, many individuals are now finding themselves cross-examined by their alleged abuser.

Not only does the experience re-traumatise the victims concerned but it also allows perpetrators to exert continuing control over their victims and perpetuate abuse within the court system.

This is an enormous challenge for a victim to overcome when they are giving evidence.

It also fails to appreciate the power imbalance between victim and abuser, which is not always obvious: alleged abusers can be charming, personable and present well in court.

Victims on the other hand may not present well as they struggle to manage their trauma under the intense pressure of a court hearing. This is especially true of cases that examine something as fundamental as the protection of their children.

Thankfully, there has long been widespread cross-party support for bringing an end to this practice.

The Prisons and Courts Bill 2016 – 17 included legislation to protect domestic violence victims from being cross-examined by their abuser in court. The legislation received strong support and progressed through parliament to committee stage in the House of Commons.

That Bill fell when a general election was called in 2017 - but growing recognition of the issue of cross-examination continued to build, and a new version of the Bill was introduced in 2017.

Meanwhile, several judges banned cross-examination in these circumstances in their own courts. This was welcome but resulted in something of a postcode lottery for victims.

In May 2019, a letter signed by cross-party MPs was sent to the Ministry of Justice and the media, urging for reform to protect vulnerable women and children. This was followed by a letter from scores of lawyers in support of much-needed change in how domestic abuse victims are treated by the system.

When another general election was called for December 2019, campaigners’ vocal support for the Bill saw it carried over in the Queen’s Speech– putting domestic abuse legislation firmly back on the agenda.

It has the potential to change millions of lives. However, without a significant cash injection, legislation alone will not be enough to help solve this blight.

Cuts to frontline services have had a devastating impact on victims and, according to Women’s Aid, refuges are now turning away hundreds of women every week.

Due to legal aid criteria around shared property ownership, many domestic abuse victims find themselves both ineligible for legal aid and without housing.

Without legal aid, victims are left without the help and support needed to progress their case.

Updating the legal aid means test and reinstating legal aid for early advice for both parties would help to ensure that domestic abuse is identified at the earliest possible point and prevent any abuse being perpetuated in the court process.

As the Bill finally progresses through parliament, we urge the government to put the necessary funding into legal aid, support services, education and wider government policy – giving victims the access to justice they so deserve.