Hands off the SFO

The proposal to abolish the Serious Fraud Office (SFO) and subsume it into the National Crime Agency (NCA), as contained in the Conservative party manifesto, did not make the Queen’s speech.

This is just as well, because the proposal was (and is) manifest rubbish. Critics of the SFO point to its history, particularly the Alderman years, in which prosecutions slowed and the organisation was mired in a series of PR disasters. These included the dropping of the BAE Systems investigation and the Tchenguiz case, which led to a £300m damages claim eventually settled for several million and an apology. 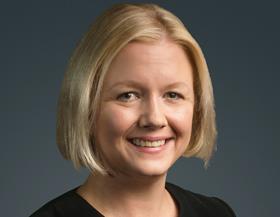 However today’s SFO is a wholly different animal. Director David Green CB QC has a proven track record as a tough and effective litigator. And he has demonstrated that, under his leadership, the SFO is no longer afraid to take on serious, complex and difficult cases which push the boundaries and make new law. Most importantly, this SFO is not afraid to lose some cases, which demonstrates that this is a prosecuting body that does not just focus on easy targets.

Recent cases involved industrial giants including Rolls-Royce, Tesco and the recent charges arising from the investigation into Barclays Bank (Barclays has said it is considering its position in relation to the allegations). The fines and penalties from its concluded cases have brought in a much-needed £660m-odd to the Treasury’s depleted coffers in the last two years – not bad on a budget that is currently in the region of £54m a year. Other important outcomes include the conviction of Tom Hayes and others for Libor rate rigging.

The SFO has also broken new ground with its use of deferred prosecution agreements (DPAs) under which companies must comply with stringent conditions, clean up their acts and pay huge financial orders. So far four DPAs have been concluded – involving Standard Bank, Rolls-Royce, a company referred to as ‘XYZ’ and Tesco Stores. Together, these cases have netted some £650m in financial orders, as well as covering the SFO’s costs.

Before the election, a number of eminent lawyers and anti-corruption campaigners wrote to Theresa May, warning her of the ‘enormous’ risks and disruption to current major investigations, leading to significant damage to the UK’s effectiveness in tackling economic crime.

They are right to be concerned.  The SFO is now staffed by many expert and experienced lawyers and investigators who are responsible for the ‘positive transformational change to the direction and purpose of the SFO’ as found by the HM Crown Prosecution Service Inspectorate report into the SFO in May 2016.

The NCA, on the other hand, has been widely criticised for (among other things) the use of unlawful search warrants, resulting in severe judicial criticism in several cases.  The NCA is also a wholly different creature to the SFO. Its budget is controlled by the Home Office, whereas the attorney general’s office oversees the SFO and thus has a measure of arm’s-length independence from central government.

Merging the SFO into the NCA could be seen as an attempt by government to control and interfere with the fight against economic crime. Furthermore, the SFO has investigators and prosecutors under one roof, whereas the NCA only investigates cases and then refers them for prosecution to outside agencies such as the Crown Prosecution Service. This risks a loss of the in-house prosecution expertise that the SFO has built over the last few years.

No one is saying the SFO is perfect. It has been criticised following the acquittals of several of the Libor defendants, and for the low number of bribery cases. But abolition is not the answer. Instead, the government should give the SFO proper support and sufficient resourcing and leave well alone.