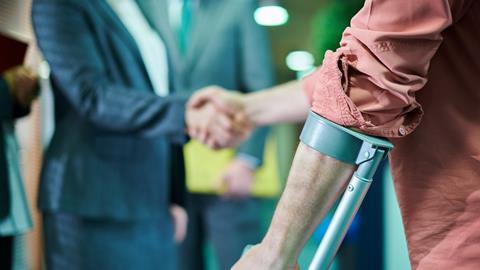 Hostile approach towards PI claimants does not combat fraud

The recent case of Zurich Insurance Plc v David Romaine (2019) – in which the Court of Appeal has granted permission for contempt of court proceedings to be brought against the claimant in a discontinued personal injury claim – highlights the lengths to which defendants will go to see dishonest claimants punished. 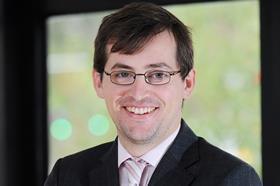 The insurance industry has long been hostile to personal injury claims, often in the guise of combatting fraud. While no one wishes to defend dishonest behaviour or excuse such like from punishment, the fear is that threats of criminal charges will become the new norm as a means of deterring honest claimants from pursuing their claims further. This raises questions as to how the insurance industry’s approach to claimants will develop in future as claimant lawyers are slowly removed from the equation with the passing of the Civil Liability Bill, and claimants are left to represent themselves.

Defendants have been quick to petition the courts to dismiss personal injury claims and impose costs sanctions on the claimant personally on the grounds of fundamental dishonesty since the passing of the Criminal Justice and Courts Act 2015.

The sensible consensus that is emerging about what constitutes fundamental dishonesty has got there despite attempts by defendants to cast a wider net, however.

Such attempts have included arguing that inconsistencies in witness testimony, easily explainable by misremembering events from years prior to trial, amounted to dishonesty, while claimants who have simply failed to prove their losses on the evidence have had similar charges unsuccessfully levied at them.

We have seen how defendants have taken hostile approaches to claimants in situations where these combative tactics were unwarranted, such as the case of Ravenscroft v Ikea, where the claimant was injured when she stepped in to protect her grandson from a falling wardrobe. Despite there being no dispute that the wardrobe had fallen, the claimant was accused of fraud with little evidence to support such a contention. In dismissing the defendant’s allegation of fundamental dishonesty, the trial judge concluded that the defendant had taken a position of scrutiny rather than sympathy.

A further example can be seen in the case of Smith v Ashwell Maintenance Ltd, where the defendant’s approach to the claimant was characterised as being so hostile it gave the impression of being determined not to compensate him, and counter-intuitively induced the claimant to overstate the level of his disability, not to defraud, but simply to try and convince the defendant of his genuine injuries.

An increasing number of minor oversights and inconsistencies are being seized upon by overzealous defendants as evidence of exaggeration and dishonesty. A diagnosis of minor travel anxiety after a car accident, for example, will be categorised as an attempt to increase the value of a claim because psychological injury was not specified in the original claim notification form. That the claimant never even considered it an injury until questioned and diagnosed at their medical examination is not a plausible explanation, but apparently further evidence of the fraud being committed. Only greatly reduced offers are thereafter forthcoming, and the claimant is tasked with taking claims to trial, unnecessarily increasing costs far beyond the value of the claim. Many settle just to avoid the additional stress.

Requests are often made to examine the claimant’s medical records – supposedly to clarify issues surrounding causation – when in reality such disclosure rarely resolves the dispute even when nothing contradictory is found.

Likewise, arduous work is made of proving the most straight forward of financial losses. Subrogated claims for private medical treatment are rejected until copies of the original agreement between the medical insurer and the claimant’s employer are provided. How is the claimant supposed to obtain such documents?

The claimants described in the cases above were ultimately able to succeed in their claims, advised and no doubt reassured by their lawyers in the face of understandable concern at the great personal cost they were threatened with.

But when the rise in the small claims limit renders a huge swathe of personal injury claims uneconomical for lawyers to take on, how many injured people will accept reduced offers or give up entirely, deterred from pursuing their claims further by a hostile, obstinate defendant? Or be scared away by the threat of a costs liability running into the thousands and the prospect of criminal charges?

It is easy to dismiss such concerns by pretending that genuine claimants have nothing to fear from such scrutiny. The inequality of arms between a powerful insurance industry and the individual mean that claimants will undoubtedly feel intimidated and bullied to the point of abandoning their claims, the stress and exaggerated risk not being worth the compensation on offer.

Claimants should be required to prove their cases, and dishonesty absolutely should be exposed and punished. But this must be proportionate, and the hostile approach that is often taken with claimants appears designed to deter genuinely injured people from pursuing their claim, rather than combatting fraud. How this will be monitored, policed and overcome once injured people no longer have lawyers on their side is a real concern going forward.

Mark Jackson is a personal injury specialist at Lime Solicitors