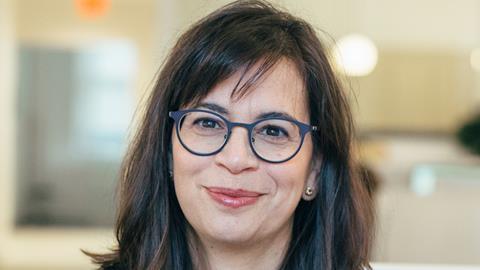 How economic incentives can help reverse the gender pay gap

After more than 20 years as a lawyer, first at a leading law firm and subsequently in-house at the then largest media company in the world, I know from first-hand experience that the gender pay gap in law is real, persistent and pervasive. 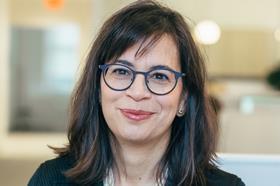 According to recent analysis, this year women at the 10 largest law firms in the UK will earn on average 45% less than their male counterparts, a slightly broader pay gap than the 42.6% difference the previous year. The pay gap can in the main be attributed to a concentration of women in more junior roles within private practice: Whilst women often outnumber men in law schools and at junior associate levels in law firms, there remains a dearth of women at the most senior echelons of law. At the largest law firms in the UK, only 29% of all partners are female.

As the world’s largest legal finance provider, Burford Capital have also noted this disparity: Of the many thousands of commercial disputes brought to Burford for potential investment over our nearly 10-year history, under 10 percent have been led by women lawyers.

It is in this context that Burford launched The Equity Project in October 2018—to provide an economic incentive to help close the gender pay gap in law, by earmarking capital that will increase the number of significant commercial disputes led by women.

It is abundantly clear from research that more gender diverse companies produce better outcomes. For that reason, as well as numerous others—social, cultural and legal—no one doubts that we should strive for equality. Indeed, law firms have worked hard to fix the problem—but have made little progress.

Why? Arguably, among the reasons for the lack of progress is their reliance on initiatives that however well-intentioned are slow and imperfect. For example, using diversity programs to fix the problem is like fixing a leaky faucet in a burning building: Fundamentally, these initiatives show scant progress because the underlying culture remains the same.

Core to the culture of law firms is this reality: In the competitive law firm environment, the enduring focus is on rainmaking and client relationships. Law firm success is inextricably tied to origination: The way lawyers demonstrate success and create the business case for promotion in their firms is by building a book of business. Often, it’s easier for men to originate new business because traditionally they inherit client relationships through informal networks from more senior partners—almost all of whom are men.

A different approach is needed—and that’s where economic incentives can play an important role.

The thinking behind economic incentives is simply this: Impact money—which matters in every business—and you can change behaviours. Economic incentives have proven effective in other industries. A striking example is the investment strategy used by IDB Invest to promote gender diversity in the renewable energies sector. The objective of the initiative was to encourage energy companies to make gender diversity commitments, and the company agreed to reflect this in a reduction in the interest rate on loans dependent on the results. Launched in 2015, the initiative now has a number of success stories under its belt.

It stands to reason that economic incentives can also work in the legal industry. Burford’s Equity Project is a $50 million pool of capital earmarked for high stakes commercial disputes led by women. The project seeks to change law firm culture by focusing on what actually drives law firms - revenues.

As opposed to simply paying lip service to the issue, The Equity Project incentivises law firms to reflect on who is running their large pieces of litigation and works to ensure that women lawyers have opportunities to lead.

The Equity Project’s $50 million is reserved for financing matters in which a woman litigator is first chair, serves in the leadership role in a group action, earns origination credit or is the client relationship manager; or in which a women-owned law firm is representing the client.

This will create a virtuous cycle through which women gain opportunities for leadership that in turn help them build their books of business and win new clients. And because legal finance can be used by lawyers as a new business tool—because it shifts the cost and risk of pursuing matters from the client and the law firm to a third party—women lawyers can use Equity Project funding to approach clients with attractive terms, giving them an extra edge in competing for and winning new business.

I am heartened to share that there has been tremendous interest in The Equity Project so far, with dozens of requests for financing and as of publication matters being reviewed representing an aggregate of $36.5 million in legal fees and expenses. We are also proud to be joined in this effort by a group of over 20 Equity Project Champions from leading law firms and corporations across the UK, US, France, Switzerland, Germany and Australia, who provide ongoing support and help us to ensure that women litigators and arbitrators are aware of the availability of the capital.

Equity Project financing can help a woman lawyer prove that she’s both assertive and ambitious about landing new clients and developing long-term relationships. It also offers the knock-on effect of ensuring that more women are perceived as rainmakers, increasing the odds of female promotion and facilitating access to a seat on those all-important management committees. When you have more women at the table, it changes the conversation, and cultural change becomes possible.

Economic incentives such as The Equity Project are so important because they create opportunities to move women into leadership positions. Call it the knock on effect–when women lead cases and generate new business, they increase revenues for their firms. That raises their profiles within those firms and increases opportunities to sit on executive leadership committees. When women have a seat at the management table, that stubborn pay gap will finally narrow.