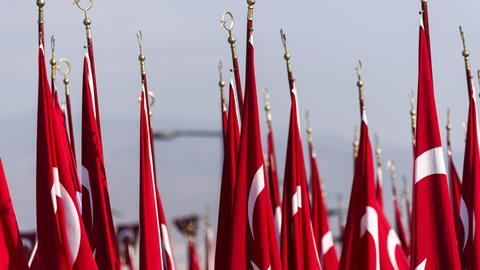 An open letter from five associations of lawyers to the President of the Republic of Turkey, Recep Tayyip Erdogan.

On 5 April 2018, several Turkish lawyers will commemorate from prison the Day of the Lawyer in Turkey. It is currently reported that 580 lawyers have been arrested, 1,539 prosecuted, and 103 sentenced to long-term imprisonment. Legal professionals are being targeted with spurious allegations of support for a terrorist organisation and we remain concerned that the real aim behind these malicious claims is to stop their legitimate exercise of their professional duties and their involvement with human rights advocacy work.

The independence of the legal profession constitutes an essential guarantee for the protection of human rights and is necessary for effective and adequate access to justice. Under international law, lawyers are entitled to carry out their work without being associated with their clients or clients’ cause and be free from fear or prosecution when working on controversial cases or advocating for human rights.

In this instance, we would like to present two examples, which clearly highlight our concern:

Firstly, the case of the lawyer Kemal Uçar, who represented military officers for their alleged involvement in the attempted coup. Mr. Uçar was taken into custody at Istanbul Police HQ on 5 March 2018, subsequently arrested and then banned from working on any case related to the failed coup. The detrimental impact of such actions on the rights to a fair trial as well as on access to justice of those arrested is very evident because they are unable to find adequate legal representation.

Secondly, the case of Taner Kılıç. He is a lawyer and Chair of the Board of Amnesty International in Turkey. He has been in detention since June 2017, with one interval between 26 October 2017 and 31 January 2018. Mr Kılıç was charged with membership of a terrorist organisation on the sole basis that he allegedly used the mobile phone application ByLock, a secure messaging app, which is widely used in Turkey.

Upon arrest, lawyers have been denied assurances of due process. Under the current state of emergency, the decrees have enabled the suspension of due process rights, including access to a lawyer in the first 24 hours of detention. In addition, there are reports of torture and ill-treatment of detained lawyers as well as evidence of deteriorating conditions within the prisons in Turkey. Such actions, not only affect human rights of those arrested, but also create a chilling effect within the legal profession in the country. Most importantly, they target the core principles of the independence of the legal profession and of the rule of law as a whole.

Finally, we remain concerned about restrictions imposed upon the legal profession, judges and law professors dismissed under the emergency decrees are prevented from practicing.

The indictment and continued detention of lawyers and human rights defenders without sufficient evidence violate some of the most fundamental international human rights standards, including the right to liberty, the right to fair trial, presumption of innocence, freedom of expression and assembly. We remain concerned about allegations of torture and ill-treatment in prison and the subsequent violations of the right to freedom from torture and other cruel, inhuman and degrading treatment.

In 1954 Turkey ratified the European Convention on Human Rights (ECHR). Turkey derogated from some of the provisions of the ECHR after announcing a state of emergency under Article 15 following the attempted coup. Nevertheless, certain rights under the convention are non-derogable, such as the prohibition on torture, and derogation from other articles is only permissible where there is an emergency threatening the life of the nation (Article 15). The continuing restrictive actions of the Turkish authorities go well beyond the scope of derogation permitted under Article 15 and are in violation of the European Convention on Human Rights’ prohibition of torture (Article 3), right to liberty and security (Article 5), right to a fair trial (Article 6), freedom of expression (article 10) and freedom of assembly and association (Article 11).

We would also like to respectfully recall the UN Basic Principles on the Role of Lawyers (1990), especially Principles 16, 17, 18 and 23.

Turkey is in breach of its international law obligations.

We call upon the government of Turkey to:

Joe Egan, president, The Law Society of England and Wales