We are preparing for big changes in the way individuals qualify as solicitors through the introduction of the Solicitors Qualifying Exam (SQE), while also feeling nostalgic as 2019 marks 100 years of women in the legal profession. So it seems like a good time to reflect on how the traditional route to qualification as a solicitor has evolved and shaped the profession over the years. 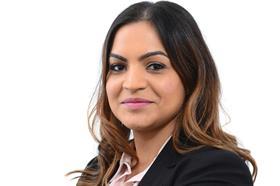 By the 17th century, solicitors were a distinct profession in their own right, although their existence probably dates back much further. Around this time, men began to operate as solicitors in partnership with each other, and as their businesses grew it became customary for new entrants to the profession to work and learn under these solicitors as ‘articled clerks’. These were effectively contracts that bound the clerk to his master for a certain length of time. By the mid-17th century, it was convention that these articled clerkships had to be undertaken by new entrants to the profession, although there was no regulation or law making this compulsory. There was also no requirement for there to be a register of those practising as solicitors.

The Attorneys and Solicitors Act 1728 first introduced the requirement that no one could practise as a solicitor unless his name was on the roll (and the use of the word ‘his’ is of course deliberate, because women were unable to practise as solicitors before the Sex Disqualification (Removal) Act 1919). No one could practise as a solicitor unless he had undertaken an articled clerkship for at least a term of five years. These were perhaps the early days of recognised training (or ‘training contract’ as it continues to be called) that we are familiar with now. Over the next century, the articled clerkship evolved with a reduction in the minimum term for graduates from Oxford, Cambridge, Dublin, Durham and London universities.

The Law Society came into existence in 1825 and by 1877 had responsibility for administering examinations before individuals were admitted as solicitors. This was in addition to the requirements already in existence to complete an articled clerkship, or ‘articles’ as it had become known.

Carrie Morrison became the first woman to become a solicitor in 1922 after passing her Law Society exams. At this point the Solicitors Act 1922 made it a requirement for all articled clerks who had not completed a law degree or without over 10 years’ experience to undertake a full year of study at the Law Society’s School of Law or other recognised institutions, which included a small number of universities outside London. It was still not a requirement to complete a degree to enter the profession, but this appears to be the beginning of some form of compulsory academic study becoming mandatory to qualify. 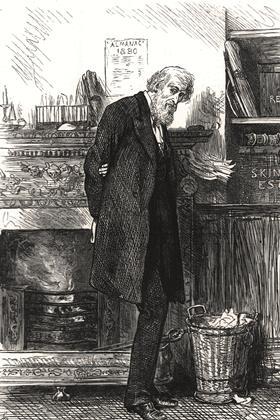 ‘The Family Solicitor’ illustration from circa 1880

By the 1970s, the longest time that could be served under articles was four years, although if you were a law graduate the period was most commonly two years. This was also when the solicitors’ profession required a degree for entry. ‘Articles’ continued to be used until the end of the 1980s and indeed many solicitors still practising qualified by this route.

The late 20th century saw the next big overhaul to the route to qualification when the ‘training contract’ came into existence through the introduction of the Training Regulations 1990. This was the start of the current mainstream route to qualification – that is, an academic stage (by way of an undergraduate law degree or an undergraduate degree in any other subject and the Graduate Diploma in Law), followed by a vocational stage (the Legal Practice Course), followed by a two-year training contract. In 2014, following some deregulation, the SRA replaced the term ‘training contract’ with ‘period of recognised training’ to refer to the two years of formal work-based experience (although it continues to be known widely as a training contract).

The SQE is expected to replace the current route to qualification in 2021. As a junior lawyer I remain sceptical and concerned about some of the proposed changes (let’s face it, solicitors are risk-averse by nature), although I agree with the need for a centralised examination. However, this whistle-stop history is a reminder that the route into the profession has not been static over the past five centuries. A look back in time provides assurances that solicitors have to and will continue to adapt to changes to ensure that we remain one of the most respected professions both nationally and internationally.

Manda Banerji sits on the Law Society Junior Lawyers Division executive committee. She is a construction solicitor at Freeths LLP