The president of the Family Law Division, Sir Andrew McFarlane, has ruled that a transgender man, who gave birth to his child following legal recognition of his gender, cannot be registered on his child’s birth certificate as a father. The legal concept of a male mother wins out against the reality of a father with a transgender history being recognised as able to give birth. 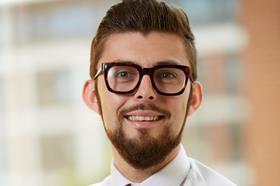 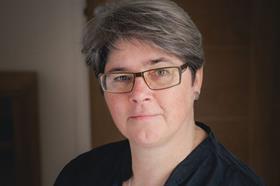 The decision highlights the barriers faced by trans parents, and their wish and need for respect under the law, including unnecessary mis-gendering by an often already hostile 'officialdom'. The decision also underlines the need for further legal reform of the Gender Recognition Act 2004 and to extend gender recognition to include the right not to be mis-gendered by official nomenclature, whether as parents, grandparents, siblings, aunts, uncles and indeed as children, within all families.

LGBT+ lawyers are potentially affected of course by such decisions, which adds to our pride in our family justice system, whether assisted by our own work as LGBT+ family law solicitors, or that of our colleagues at the bar when pioneering new legal ground is broken for LGBT+ families. When this does not occur however, the decisions, as here, can be deeply disappointing to us and to our clients, especially for those amongst us who are activists for far swifter progress towards full legal equality under the law for all families.

In this case the birth parent’s own birth certificate recognises his gender as male which flowed in law from the grant of his gender recognition certificate. There is therefore no question that his gender is recognised in law as male.

Whilst many people choose to have upper and/or lower surgery as part of their transgender journey (or elect to have no surgery at all), there is no prerequisite under the Gender Recognition Act 2004 to the obtaining of a gender recognition certificate which affects the ability of a trans man to give birth to a child. It has therefore been possible for a trans man whose legal gender is recognised as such to give birth since the Gender Recognition legislation was introduced some 15 years ago.

The decision to continue to regard a male parent man as the child’s ‘Mother’ in these circumstances is expected to be appealed.

Rachel Reese, vice-chair or the Law Society’s LGBT+ Solicitors Division and trans-inclusion specialist said: 'This decision is clearly upsetting for the parent concerned and ultimately for the trans community in the UK. Sadly, the law has not kept up with the positive changes in society. The law is ripe for change, here, right now!'

It is not just a matter of respect for trans (and non-binary) rights but a matter surely of logic, that a parent's legal gender should ensure the full range of gender-specific language (for example, male parent as father), or at least the right to be referred to in gender-neutral terms (for example, parent) is associated with their legally recognised gender. It is deeply offensive to many to suggest a cherry-picking policy as to when an individual can and cannot in practice be legally recognised within what is their true gender identity. It cannot be right that under the present system, the children of parents with a trans history do not have the right for their own birth certificates to match their parents' legally recognised gender. It begs the question of why provide a route to legal recognition of a person’s gender if it can then be undermined in such a crass manner.

This is an intimate family law issue relating parental identity and how a child is to perceive their parents. In this case the child will see the applicant as their ‘father’ or ‘second "parent"' but their birth certificate will say 'mother'.

In his judgment, Sir Andrew McFarlane concluded ‘there is a material difference between a person’s gender and their status as a parent. Being a "mother", whilst hitherto always associated with being female, is the status afforded to a person who undergoes the physical and biological process of carrying a pregnancy…it is not medically and legally possible for an individual, whose gender is recognised in law as male, to become pregnant and give birth to a child. Whilst that person’s gender is "male", their parental status, which derives from their biological role in giving birth, is that of "mother"'.

As such we support an appeal which is expected shortly. Happily, Sir Andrew McFarlane also stressed in his judgment the 'pressing need' for the legislature to address the status of men who are recognised in law as such who become pregnant and give birth to a child. We hope that on appeal the Supreme Court will if necessary, issue a declaration of incompatibility between our existing law and the ECHR in order to make clear that the current law is in need of rectification.