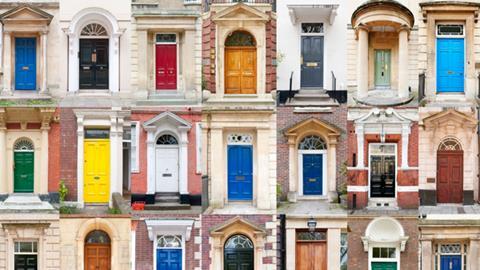 Earlier this month we published three final reports which set out recommendations for reform to transform the future of home ownership by improving leaseholders’ rights and flying the flag for commonhold as the preferred tenure.

Recommendations to improve both the enfranchisement and right to manage (RTM) regimes will make it quicker, easier and cheaper for leaseholders to exercise their enfranchisement rights or to acquire the management functions for their building.

Many of the recommendations to reform the enfranchisement regime will result in more leaseholders being eligible to exercise enfranchisement rights. For example, leaseholders of shell leases will be able to acquire their freeholds and leaseholders who own more than two units in a building will not be disqualified from participating in a collective freehold acquisition. Shared ownership leaseholders will be able to obtain a lease extension even if they have not fully staircased. Many more buildings will be capable of being enfranchised as a result of our recommendations to increase the non-residential floor space threshold for qualification from 25% to 50% and by removing the resident landlord exception. Enfranchisement could also become more affordable through the valuation options for reform we provided to the government in January, and by implementation of our recommendations in respect of landlords’ costs and allowing leaseholders to require landlords to take leasebacks.

Our recommendations will result in more enfranchisement claims being made. Solicitors will have the opportunity to assist their leaseholder clients to acquire their freehold or extend their lease, or act for landlord clients in responding to these claims, in a less adversarial regime.

Conveyancers will be interested in the results of some of our recommendations which will affect the process of the sale and purchase of leasehold homes. We recommend removing the requirement that leaseholders must own their home for two years before they can make an individual enfranchisement claim. A key recommendation is the automatic assignment of the benefit of claims from seller to buyer (unless the parties elect for the claim not to be assigned). Gone will be the risk of claims failing - and thus the risk of negligence claims - as a result of claims not being assigned properly.

Our recommendations to reform the right to manage regime will significantly widen its reach. The RTM will be extended to single unit buildings (houses or flats above a garage), the non-residential floor space threshold will be increased from 25% to 50%, and the resident landlord exception will be removed. One leaseholder in a building with just two units will be able to claim the RTM on their own and shared ownership leaseholders will qualify and be able to participate in a claim.

We recommend that the criteria required for a building to qualify for RTM be relaxed. Gone will be the strict rules relating to the need for a vertical division, and the restrictions on claiming the RTM over a whole building where self-contained parts are owned by different landlords, or over multiple buildings together. We recommend the RTM be available if the premises (which might be a number of self-contained parts in one building or multiple buildings, which may or may not have different landlords) are capable of being managed independently. To facilitate subsequent management, we also recommend a power for the tribunal to vary leases if necessary.

For the RTM, we recommend eliminating the liability of leaseholders to pay the landlord’s costs. For enfranchisement we recommend eliminating or controlling those costs, depending on the options for reducing the price that government takes forward. These changes will present opportunities for more firms to offer services in this area of law where landlords, now paying their own costs, may begin to shop around.

We have made recommendations which remove the ability of parties to game the process. That ought to be welcome news for all solicitors and their clients, who seek quick, efficient and cost-effective resolution of enfranchisement and RTM claims.

Commonhold is a tenure which is unfamiliar to most in England and Wales given that there are very few buildings currently owned on commonhold tenure. But similar regimes are used around the world, and we conclude that commonhold is preferable to leasehold tenure.

Our recommendations will ensure that the law governing commonhold works for modern developments. The process for conversion to commonhold and the sale of properties on commonhold tenure will be simpler and quicker. Conversion to commonhold is placed firmly in the hands of leaseholders and our recommendations remove opportunities to veto the process. However, we recognise that making the process better is not enough on its own. Commonhold must be acceptable to homeowners and mortgage lenders. We have therefore sought to introduce flexibility in the way commonholds are managed by the terms of the commonhold community statement and improve the day-to-day operation of the commonhold. Homeowners will have greater control over costs of maintaining their buildings. There will be greater certainty for mortgage lenders that their interests will be protected. In particular, mortgage lenders will have to be given notice of arrears of commonhold contributions so they can take steps to protect their interests should they need to. We also make a number of specific recommendations targeted at protecting lenders if the commonhold terminates.

But we are clear that for commonhold to become more common requires the government to consider making it compulsory or incentivising its use. With change on the horizon we expect the profession will embrace the opportunity to familiarise itself with our recommendations and the legislation which we hope will follow. Being ahead of the game opens up new opportunities for solicitors to offer advice to their clients, whether mortgage lenders, developers, landlords or leaseholders, in respect of the substantial benefits of commonhold tenure.