Leave Russia in the cold

Politics is often an attempt to reconcile irreconcilable positions – the Brexit negotiations remind us of this daily, as does the worsening North Korean crisis. Here is one touching on justice.

The Council of Europe describes itself as Europe’s leading human rights body. It now has a membership covering nearly the whole continent and its islands. It was founded in 1949 and is based in Strasbourg. Its crowning glory is its enforcement of the European Convention on Human Rights through the European Court of Human Rights.

It has various problem members, chiefly at present Turkey after the attempted coup, and Russia after the annexation of Crimea. The UK is a much lesser problem, with our government still not complying with a European Court of Human Rights ruling on prisoners’ voting rights, and its continuing threat to leave the jurisdiction of the court after Brexit. But I want to focus here on the challenges caused by Russia’s membership.

In 2014, Russia’s voting rights in the Council of Europe were revoked after the illegal annexation of Crimea. This means that the new judges and top officials being elected during the next two years will take place without Russian votes. Russia, which joined the Council of Europe in 1996, is not happy.

Back in June, it cancelled its annual payment to the Council of Europe after claiming its 18 delegates were being persecuted. It announced that payments would not resume until the rights of the Russian delegation were fully restored. Russia contributes €33m, out of a total budget of €454m – in other words, just over 7%.

The irreconcilable problem is this, summarised by Thorbjørn Jagland, the council’s secretary-general: ‘If Russia is forced to leave, then 140 million people will be deprived of going to the highest court in Europe, which is very important for Russian citizens.’

How important it is to Russian citizens can be seen in the following statistic: as of 2016, Russia had been found by the court to have violated the European Convention in all but six of the court’s 228 Russian judgments. One of this year’s prominent judgments, for instance, ruled that Russia’s so-called gay propaganda law reinforced stigma and prejudice, and violated the right to freedom of expression. The Russian government had claimed ‘that regulating public debate on LGBT issues may be justified on the grounds of the protection of morals’. The judgment was the majority opinion of six out of seven of the judges, with only the Russian judge dissenting.

Surprise, surprise – there is a new law in Russia now to allow its Constitutional Court to overrule the European Court of Human Rights. 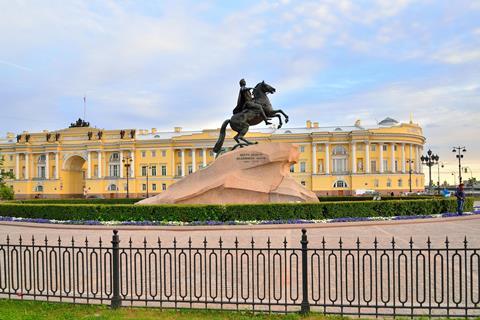 This raises a serious issue, which is the reconciliation of the interests of Russian citizens (140 million of them) to have some recourse to justice against their government, balanced against the proper action to be taken by a human rights body when one of its members invades another of its members and takes over part of its territory.

In a democratic system, punishment of the citizens for the actions of their government can sometimes make sense, since they have it in their hands to make a change in due course, if they so wish. So, for instance, in the extremely unlikely eventuality of the Council of Europe taking action against the UK government for its continuing non-compliance with the court’s judgment on prisoners’ voting rights, it is entirely realistic to suppose that the citizens of the UK could take it upon themselves to vote out that government and elect another which was in favour of complying with the court’s judgment.

But for undemocratic countries like North Korea, or only partially democratic countries like Russia, punishment of its citizens for the actions of their governments doubly punishes them. Even supposing that an opposition figure in Russia were to take up the Strasbourg judgments as part of an electoral campaign, we know that harassment, violence and imprisonment would likely follow.

Yet what is the Council of Europe to do? The invasion and annexation of Crimea undermine its very purpose. The authoritarian government of Turkey (nearly 80 million citizens) is the next threat looming over the horizon. If it does not stand firm now, it might as well shut down.

My view is that, regardless of the extremely unfortunate consequences for Russian citizens, the Council of Europe should not budge from its stance – so that if Russia leaves, it leaves. Otherwise, we have the ridiculous result of a major human rights body overlooking its own principles. Keeping Russia in at all costs would diminish the effectiveness and reputation of the justice available for the remaining 700 million citizens covered by the court. The interests of the 83% should prevail over the 17% who are Russians.