Legal aid for inquests: time to level the playing field?

Coroners are obliged to investigate deaths which occur within their jurisdictions, where these were violent or unnatural, the cause of death is unknown and/or the deaths occurred in custody or otherwise in state detention (Section 1(2), Coroners and Justice Act 2009). The aim of the investigation is to determine who the deceased was; how, when and where they came by their death; and the particulars which need to be registered under the Births and Deaths Registration Act 1953 (Section 5(1), Coroners and Justice Act 2009). 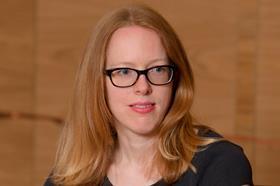 Not all such investigations will result in an inquest hearing. The Ministry of Justice’s final report on its review of legal aid for inquests (published in February 2019) indicated that of around 225,000 deaths referred to coroners per year, around 30,000 would result in an inquest.

Legal aid can be granted in relation to inquests, for example to family members of the deceased, via the Exceptional Case Funding scheme. Where such an application is made, the Legal Aid Agency will decide whether legal aid for representation at an inquest is required under a Human Rights Act Convention right; appropriate because of a risk to such rights on the part of the applicant; and/or the conditions are met for a ‘wider public interest’ determination.

The application will also generally be subject to means-testing, though there is discretion on the part of the Legal Aid Agency to waive this requirement.

The MoJ’s report suggested that some families may be put off applying for Exceptional Case Funding, due to the ‘perceived’ difficulty in obtaining this. However, information has recently come into the public domain which suggests that this is not merely a matter of perception.

In September, the Legal Aid Agency released its Statistics Quarterly for England and Wales for April to June 2019. This revealed a 21% increase in applications for Exceptional Case Funding during that quarter, compared with the same quarter in 2018. Of 888 such applications received, 12% related to inquests. The bulletin does not reveal how many of these 106 or so applications were successful.

BBC Radio 4 has since reported on Freedom of Information Act requests, made by INQUEST and Julie’s Mental Health Foundation, uncovering that:

This throws into sharp relief the MoJ’s rejection of calls to introduce non-means tested legal aid for inquests where the state or public bodies have paid for legal representation. Such calls had been made in numerous reports previously commissioned by the government, including Bishop Jones’ review of experiences of the Hillsborough families.

The MoJ gave various reasons for its decision in its final report, including that 'a significant expansion of legal aid could have the unintended consequence of undermining the inquisitorial nature of the inquest system'. Another reason given was the wider policy of ensuring legal aid is targeted at those who need it most, 'for the most serious cases in which legal advice or representation is justified'.

The MoJ’s view seems to be that the presence of lawyers at inquests tends to make the proceedings more adversarial, and that this can only be appropriate in the most serious cases. However, its report rejects the notion of the government and public bodies ‘de-lawyering’ at inquests, on the grounds that this would be unfair to public sector staff whose jobs may be at risk.

There is a central tension in the MoJ’s position, which I cannot describe any better than Dr Rebecca Montacute (founder of Julie’s Mental Health Foundation) has done in relation to her experience of the inquest process:

'The government says that inquests are non-adversarial, so families don’t need legal representation. But that is not the experience of families, who can be faced by several different legal teams when they themselves have nothing. Although a coroner tries to be neutral – how can anyone be neutral after hearing several well thought out questions from one side - designed to protect the mental health trust - and nothing or poorly formed questions from the other?'