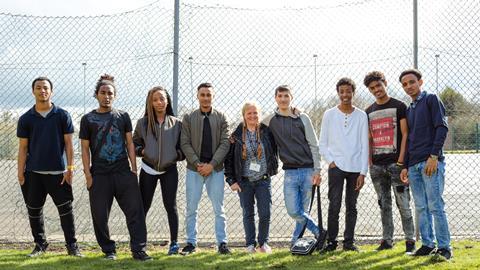 Without legal aid vulnerable children have been left on their own, struggling to pay for the legal advice they desperately need to make their lives more stable.

But yesterday the Government has published a statement in parliament confirming that they will bring legal aid back into scope for separated and unaccompanied children in their immigration cases.

This is brilliant news and an important change that will go a long way to protecting some of the most marginalised and disadvantaged children in our communities. We commend the Government on accepting that these young people should be entitled to legal aid and we will work with them to implement changes made as quickly as possible.

Our five year-long legal challenge and campaign in collaboration with Islington Law Centre, Brick Court Chambers and Doughty Street Chambers and other civil society organisations, has helped to bring about this change.

Our ‘Cut Off From Justice’ research estimates that thousands of vulnerable children have been denied legal aid since new legislation came into force in 2013 which, in effect, restricted the right to this support to asylum claims.

Only a tiny fraction of children’s cases have been able to access legal aid through the so-called ‘safety net’ of Exceptional Case Funding. But as our research and experience from services demonstrate, legal aid is a vital lifeline in ensuring these children can access justice.

Without legal aid vulnerable children are struggling to pay for the expert legal advice they desperately need which can cost thousands of pounds – on top of expensive Home Office administration fees, which have also increased enormously. Some of the young people we spoke to for our research faced sexual and criminal exploitation or worked in dodgy jobs for little pay just to raise money to pay their legal fees.

Many children’s cases were ‘sat on’ or avoided altogether, leaving them locked in legal limbo, unable to regularise or settle their status, facing destitution or forced removal from the country they grew up in and that they call home.

Others tried to sort out their legal issues on their own with damaging consequences. One young person, Doris who was 16 at the time when she had to make her claim told us: ‘You had to collect all the evidence. You had to go to friends and to school, primary school… I had to get documents back from Nigeria like birth certificates. It was so stressful. I had my GCSE’s and AS levels and sometimes I felt embarrassed about asking and going back to my primary school for them to write a letter because maybe they knew what I needed it for.’

In fact, many of the young people affected by cuts to legal aid and Home Office fees will be those from commonwealth countries like Jamaica and Nigeria who moved here with their families at a very young age or were born here and ended up in the care of local authorities. Some children may have been sent here to live with relatives and friends within established communities including those who came here as part of the Windrush generation. And, just last week, the Home Affairs Select Committee raised their concerns about legal aid for migrant children as part of their inquiry on the Windrush scandal saying that ‘the case for reintroducing legal aid for children is most pressing’.

At The Children’s Society, we strongly believe that all children and young people in the UK should be kept safe and have equal access to justice, regardless of where they were born or who their parents are.

Although there is still much more to do to make sure that no child or young person is trapped in destitution and legal limbo, today’s announcement is a good outcome and we are pleased that the Government has listened.

Ilona Pinter is the policy and research manager leading The Children’s Society’s policy, research and influencing work on child poverty and inequality including its work on destitution and children’s rights as well as oversight of its immigration, asylum and trafficking policy and research portfolio.