The Freedom of Choice fallacy

This summer I returned to the place I regard as heaven on earth, the peaceful Inner Hebridean island of Iona, which fittingly also enjoys a rich Christian heritage. It is, perhaps, equally fitting that my idea of hell on earth is found in the Mojave Desert, the hottest place on the planet. A city dominated by the forces of indulgence and avarice, Las Vegas is well suited to Donald Trump and the gangsters, gamblers and degenerates drawn to it. 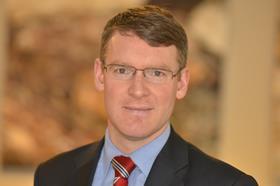 I passed through here in my early twenties and, one morning, stopped at a street stall to enquire about a Grand Canyon helicopter trip. The package was enticing. Limousine pick-up and champagne picnic inside the Canyon, before a return flight with sunset views. I paid up and booked a place.

Affixed to the rear of the minibus that arrived to collect me later that afternoon was a silver badge reading ‘Limousine’. The driver chirpily drew it to my attention when I expressed surprise at my conveyance. My appetite evaporated when the champagne picnic was thrust at me by the pilot. It consisted of a squashed tiny bread roll and a miniature bottle of sparkling white wine. The helicopter did at least manage to make it to the Grand Canyon and back. The promised sunset view, however, never materialised.

To sum up. Duped.

I am reminded of this experience during the frustratingly frequent skirmishes I endure with certain legal expense insurance (LEI) providers. Practitioners will know the tale well. Declining to provide cover until proceedings are commenced and refusals of indemnity on spurious grounds remain a persistent problem.

The story of the labourer, the teacher and the gynaecologist who shared a good deal more in common than you may, perhaps, expect is illustrative. All three had LEI and suffered serious injuries. Acting upon the recommendation of others, all instructed my firm to pursue a claim. Lastly, the LEI providers told them all they could not instruct me if they wanted immediate indemnity. Instead, they had to use panel lawyers, most likely hundreds of miles away.

You may be tempted to conclude that these insurers believe people are, in the main, so utterly docile that they would apply less care to the selection of a legal representative than they would to a decision about who to cut their hair.

Either that, or the insurers are entirely indifferent to the resentment provoked by this impingement upon their policyholder’s autonomy. I don’t, of course, assert that my firm is the only one around competent enough to represent the three. But having taken the precaution of enquiring with professionals possessing the knowledge required to give reliable recommendations, including senior lawyers, each naturally wanted to heed that advice.

The tale, however, gets worse for two of the three. The insurers initially refused indemnity outright to the teacher, contending she had no viable claim. A patently flawed assessment of the claim’s prospects reached by panel lawyers (including counsel), provided ‘justification’. Ultimately the insurers relented, but only following a lengthy dispute. The claim later settled for full value.

The labourer, keen to protect his position, is to purchase alternative after-the-event cover. Perversely, this needless expenditure will result in him buying a policy from the parent company of the same before-the-event insurers who have refused him permission to instruct me. There is something seriously failing when a regulatory regime forces this upon a consumer.

The explanation for this predicament rests with the Insurance Companies (Legal Expenses Insurance) Regulations 1990, implementing the European Legal Expenses Insurance Directive 87/344/EEC. The Regulations safeguard the right of a policyholder to choose their own lawyer in ‘any inquiry or proceedings’ (reg 6). In 1993, the body now the Financial Ombudsman Services, ruled that an insurer could restrict freedom of choice until legal proceedings were issued, provided the policyholder was made aware of this when acquiring the policy. In 2010, the Ombudsman qualified that in large and complex claims, insurers would be expected to grant unfettered freedom of choice from the outset. Just prior to this, the European Court of Justice (ECJ) gave a ruling in Eschig v UNIQA Sachversicherung AG [2009] C-199/08, that was interpreted by the Financial Services Authority to signal that freedom of choice arose before the commencement of any inquiry or proceedings. Then, in Stark v DAS Österreichische Allgemeine Rechtsschutzversicherung AG [2011] C-293/10, the ECJ held that restrictions on freedom of choice that rendered the freedom meaningless were not permissible. This was echoed by the Court of Appeal in Brown-Quinn v Equity Syndicate Management Ltd [2012] EWCA Civ 1633.

In practical terms, forcing my clients to wait until proceedings are issued before granting indemnity can mean a delay in the region of two years, perhaps more. Embarking upon litigation is, after all, a last resort. Even then, however, indemnity would only commence at that point, leaving the client at risk for any costs incurred beforehand. Some ‘freedom’ that is.

People believe buying LEI is an act of prudence. That if they need a lawyer, the cost will be met, and they will be able to access high quality advice at a time and place convenient to them. After all, isn’t this how medical insurance operates? I recognise that some insurers operate in precisely this fashion. Convincing notable others, however, to look beyond the Ombudsman’s 1993 ruling can be very tough going. It provides the answer they want and that’s the end of it. They try every trick in the book to erect a barricade between a policyholder and their chosen solicitor, or, in echoes of the PPI scandal, they will deny indemnity altogether.

In reality, anyone engaging in litigation cares deeply about who represents them. To interfere with that process, or even worse, insist upon the appointment of a law firm the insurer owns (as one company does) renders the policyholder redundant when it comes this most important decision.

In his 2010 report, Sir Rupert Jackson favoured reform to make it clear that freedom of choice arose when a letter before action was sent. Regrettably, he did not make a recommendation to that effect, but held off pending an assessment of the impact of this on premiums.

A re-examination of this bedevilling issue is long overdue.