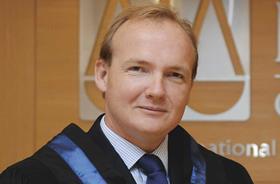 Over the past 10 years I have noticed a change in some courts’ approaches to enforcement. A decade ago most judges did not focus on the enforcement of their decisions, particularly when that was to take place outside of their jurisdiction. The job of a judge was to render a just decision – enforcement was a matter for others.

Lawyers also focused on winning a case, and often paid less attention to the enforcement of the decision.

But, in many civil courts, that is changing. Why would that be so?

The simple answer is, what is the value of a judgment that cannot be enforced? What trust and confidence would one have in a judiciary, however brilliant, if its decisions have no teeth?

As someone who has climbed many mountains, the first rule of mountaineering is that getting to the top is only half way. Most tragedies occur on the way back, not the way there. Winning the case is like scaling the mountain, but that’s only half the journey.

Indeed, to carry on the analogy, when it comes to international enforcement, the way back can often take longer and cost more than the way there.

As courts around the world have invested significantly in technology to improve the litigation process, how much have they invested in the enforcement process?

Of course for most courts the vast majority of their civil decisions are for domestic enforcement, and for most jurisdictions that is a fairly well-oiled procedure. Judgments being taken abroad for enforcement are relatively rare. It is not, therefore, surprising that the greatest innovations in the sphere of international enforcement have come from international commercial courts, the first of which was established in Dubai in 2004.

These courts have worked hard over the past decade to connect with their peers using bilateral memoranda which, although non-binding, set out the mechanism by which each other’s decisions could be enforced. That led, in late 2018, to a meeting in New York under the auspices of the Standing International Forum of Commercial Courts established by Baron Thomas of Cwmgiedd, at which commercial courts from around the world discussed the idea of a multilateral document regarding enforcement of cross-border commercial court decisions.

I was recently in China to finalise the Shanghai Declaration regarding the enforcement of judgments. This is an impoortant step. The globalisation of trade, whether by land or sea, requires the ability to contract, and to contract knowing that those contracts can be enforced.

However there is room to improve the efficiency of the process with technology. Today, in the absence of a bilateral agreement, the mechanism by which one evidences a judgment from a foreign court can involve the convoluted and historic process sometimes referred to as ‘diplomatic channels’.

Imagine if those courts, along with others, built a private network, let’s call it a ‘Judicial Trust Network’, which allowed them to upload their final decisions and which acted as a verified, immutable record of all their judgments and orders, and one that could not be hacked, even if one of the Courts was hacked.

A party looking to enforce a decision from country A in country B need only ask the court in country B to access the Judicial Trust Network to produce the validated judgment from country A, which may then form the basis of a claim in country B, which could be commenced within seconds of it having been published. A fast, efficient and technologically secure way, for a very low investment, to develop a private judicial BlockChain that makes international enforcement better.

Let us start today to develop this ‘Judicial Trust Network’.

Mark Beer OBE is chairman of The Metis Institute. This is an extract of a speech at last month's World Enforcement Conference in Shanghai