Marking 100 years of women in the law

Last year we celebrated ‘Vote 100’, the centenary of the first women having the right to vote in parliamentary elections in the UK and Ireland. Statues were raised to the leaders of the suffrage movement – Millicent Fawcett in London, Emmeline Pankhurst in Manchester. This year marks another important centenary: 100 years since women’s entry into the legal profession. The Sex Disqualification (Removal) Act 1919 allowed women to become solicitors, barristers, magistrates and jurors for the first time. It also enabled women to enter other professions, such as accountancy, and admitted women to the higher ranks of the civil service. 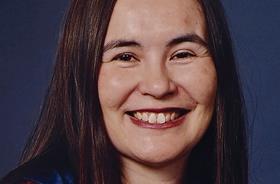 The act begins promisingly: ‘A person shall not be disqualified by sex or marriage from the exercise of any public function, or from being appointed to or holding any civil or judicial post, or from entering or assuming or carrying on any civil profession or vocation.’

Yet it has not been well remembered. This is because it removed barriers, rather than actively giving women rights, so its impact was limited. Women were still hampered by obstacles such as the bar on married women working in many professions. The act also had provisos which prevented women from entering the foreign and diplomatic service, and allowed judges to appoint all-male juries.

But how did it come to pass at all as early as 1919? It was only a year since the partial women’s franchise. The war had barely ended, with the peace settlement ongoing, trouble in Ireland, returning soldiers – there were many other political priorities. In fact, the 1919 act was a government bill introduced to kill off a more radical Labour party private member’s bill. The Women’s Emancipation Bill would have not only allowed women into the professions, but also given women the vote on the same terms as men and enabled women to sit in the Lords. All these issues had been left outstanding after 1918, when the Representation of the People Act 1918 had given the vote to women over 30 who met a minimum property qualification. The Women’s Emancipation Bill passed the Commons but was killed off in the Lords. It was just too radical for the Conservative-dominated coalition government. Equal franchise had to wait until 1928 and women could not sit in the Lords until 1958.

‘Nobody thinks that this bill is going to flood the legal profession with women. It will enable a few women, who are peculiarly qualified, to earn an honourable living’

However, the entry of women into the professions was no longer so controversial by 1919. This was thanks to campaigning women in previous decades such as Bertha Cave’s unsuccessful application to Gray’s Inn in 1903. Suffragette leader Christabel Pankhurst (pictured, centre) had a law degree but was unable to practise; she famously defended herself and other suffragettes in court in 1908 following their arrest for organising a ‘rush’ on Parliament and called cabinet ministers as witnesses. The campaign for women to enter the legal profession culminated in the 1914 test case of Bebb v The Law Society, where it was found that women could not become solicitors as they had never been solicitors, and legislation in parliament was needed to change this situation.

Supporters of Gwyneth Bebb and her fellow campaigners took up the cause in parliament, including her legal counsel Lord Buckmaster in the Lords and Lord Robert Cecil in the Commons. Progress was initially slow, with opposition to women’s suffrage still strong and war ongoing. However, after some women got the vote in 1918, the way was clear to move forward on other issues relating to women’s rights, and in 1919 a Barristers and Solicitors (Qualification of Women) Bill passed through the Lords with almost no opposition. It was rendered unnecessary by the passage of the wider Sex Disqualification (Removal) Act. At the time Lord Buckmaster reassured the House that: ‘Nobody thinks that this bill is going to flood the legal profession with women. It will enable a few women, who are peculiarly qualified, to earn an honourable living.’

The issue of women in the professions was also discussed in the Commons during the passage of the Women’s Emancipation Bill, where MPs from all parties supported the idea of women in the law, many arguing they would bring a new perspective, particularly in the magistrates’ court. Coalition MP Captain Loseby, a schoolmaster and barrister, talked about his six ‘shabby genteel’ sisters who had the options only of being governesses, nurses or schoolmistresses, which were honourable but ‘underpaid, overworked and ill-fed professions… all other avenues were closed’. Parliamentary debate shows a sea change in attitudes since 1914.

Although not as radical as some hoped, the 1919 act was hugely significant. Previously women had no role in court other than as defendants or witnesses; now they could argue cases, preside from the bench or weigh up evidence in the jury box. The way was open for Ada Summers to become the first justice of the p eace; for Carrie Morrison, Ivy Williams, Helena Normanton and other pioneers to enter the legal profession; and for women everywhere to serve on juries. The 1919 act was a major step forward. We should remember and celebrate it 100 years on.

Dr Mari Takayanagi is senior archivist, parliamentary archives, at the Houses of Parliament