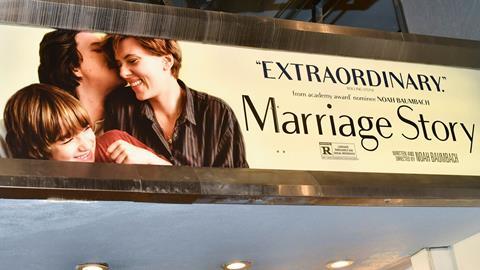 Marriage Story is brilliant drama, even if the lawyers are a little cliched

Marriage Story has received numerous awards and is expected to do well at the Oscars. Laura Dern has walked away with a Golden Globe and a BAFTA for best supporting actress and has been nominated for an Oscar for her portrayal of LA divorce lawyer Nora Fanshaw. 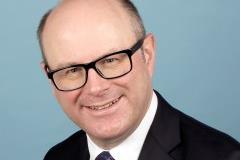 Nora is allegedly inspired by writer and director Noah Baumbach’s own divorce lawyer, Laura Wasser, the so-called 'disso queen' (as in dissolution). Wasser has declined to confirm that Nora is based on her and I suspect that might be because she may not feel entirely flattered by the comparison. Nora is rather hissable. Superficially conciliatory, she is in fact rather manipulative. She is also not above referring to Charlie (Adam Driver) as a 'f***ing a***hole' when taking instructions from his wife Nicole (Scarlett Johansson). That would be a clear breach of the Resolution Code of Practice in this country.

Nora and her opponent, the ridiculously aggressive Jay Marotta (played by Ray Liotta), both want a $25,000 retainer before they even start charging at an eye watering hourly rate. Few family lawyers over here expect to be paid such sums just for agreeing to take on a case, but these are divorce lawyers specialising in acting for Hollywood glitterati.

Even the kindly Bert Spitz (Alan Alda), to whom Charlie turns after he realises he can’t afford Jay, wants a $10,000 retainer. However, in every other respect Bert is the kind of family lawyer that will appear most familiar to English family practitioners. He’s conciliatory (if a bit ineffectual) and recognises that court is best avoided if possible, although it may prove to be the only way to resolve matters. It is to Baumbach’s credit that he recognises that not all lawyers are sharks.

The film’s court scene may seem most startling to an English family lawyer. Nora and Jay (reinstructed after Bert proves too conciliatory for Adam’s tastes) engage in a pointless row before the judge, going back and forth focussing on stuff that seems very petty and irrelevant. It is difficult to imagine a District Judge in our Family Court tolerating that for more than a few seconds. Then the film reveals that this unseemly spat has taken place in front of an audience. Over here, this hearing would have taken place in private. In California, it seems that these things are done in public. The court room is full of lawyers and their clients in different cases, waiting for their cases to be called.

Nora and Jay are perhaps a bit cliched, but the film is excellent overall and at least it avoids the mistakes that the dreadful The Split made. Ultimately, it is not really about the lawyers. Neither Charlie nor Nicole are the villains here. The lawyers are there to play the role of the bad guys and to briefly divert our attention away from the desolation that Charlie in particular is feeling.

Charlie and Nicole are more realistic characters than Nora and Jay. Their initial hope that their divorce can be amicable fades as they descend into conflict. That is not unusual in divorces, although there are of course many couples who can manage to divorce without too much acrimony and real life family lawyers in our jurisdiction usually pride themselves nowadays on being constructive and encourage their clients to consider alternatives to court.