In 2015, the UK passed the Consumer Rights Act, further ingraining US-style 'class action' lawsuits into its legal system. Supporters of the act assured concerned members of parliament that the problems with the US class action system wouldn’t be repeated here because of safeguards built into the law. 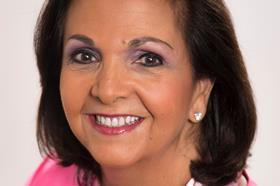 Four years later, the safeguards are in danger of serious erosion. It’s now in the hands of the UK Supreme Court to course-correct.

The issue before the court is whether the Court of Appeal in Merricks v Mastercard was right to revive the £14 billion collective action after the Competition Appeal Tribunal (CAT) denied class certification in 2017. The whole purpose of the CAT is to ensure that proposed collective actions are suitable for class certification, and not just a way for claimants’ lawyers to over-inflate settlements.

This case is one of the largest claims ever brought in a British court under the 2015 law, attempting to represent virtually anyone who ever made a purchase with a Mastercard between 1992 and 2008—about 46 million people. However, the CAT found that it would be completely impracticable for this case to run as a class action.

In April, the Court of Appeal swept that reasoning aside, saying the CAT 'demanded too much of the claimant at the certification stage,' and should have applied a much looser standard.

The issues of the authority of the CAT court and what constitutes a reasonable consumer class are at the heart of the Consumer Rights Act. During the debate in parliament, supporters of the law stated unequivocally the CAT would act as a safeguard against US-style abuses, but in this case of first impression, the system broke down.

It is vital that the Supreme Court takes up the Mastercard case and restores the CAT’s gatekeeping authority on class certification, otherwise lawsuits of questionable merit will flood UK courts. British justice will turn into an expensive and sprawling mess driven by lawyers and their outside funders.

Research by US government agencies shows what happens when procedural safeguards are lacking. A 2015 study from the US Consumer Financial Protection Bureau found that when there is a payout from class actions, the average award for consumers is around $32, while the average award for plaintiffs’ lawyers is $1 million.

When advocating for the Consumer Rights Act in parliament, Vince Cable, then secretary of state for business, innovation and skills, said it had to 'strike a careful balance. We do not want an American-style system of…constant litigation, which would be costly and benefit only lawyers.'

This is the very issue now at stake. If the appellate decision in the Mastercard case is allowed to stand, the UK will have a system that is as bad, if not worse, than the American system. In addition, it will be propelled by litigation funders seeking a big payday.

Just look at the contract between the claimants’ lawyers and their funders that was made public with the CAT ruling. The original funders who invested £40 million stood to make up to £1 billion. A system where funders take an excessive chunk of the settlement is not a system that is just and fair for consumers.

The consequences of the Mastercard case are much bigger than this one lawsuit. Lawyers and funders in the UK and around the world are waiting to see how the Supreme Court will apply the Consumer Rights Act before pouncing with more lawsuits. The CAT is notably waiting to see if the court takes the case before it decides another high-profile collective action involving an alleged truck cartel. Even other European nations are closely watching, and the precedent this case sets will be widely applied in other collective actions.

Collective actions arrived in the UK with the promise they would deliver justice to injured consumers without creating a runaway train of litigation that harms the economy while making millionaires and billionaires out of lawyers and litigation funders.

If the Supreme Court does not clearly define the rules of this new system, it will have helped to create a litigation monster that will prove wrong all those reassuring lawmakers who helped create the Consumer Rights Act.