Why can’t the media and programme-makers get family law right?

The public is constantly served a diet of misinformation about family law. Tabloid journalists regularly talk about ’common law marriage’ as if it is some magic state offering rights where unmarried cohabitees find themselves. Then there’s the ’quickie divorce’, another mythical beast. 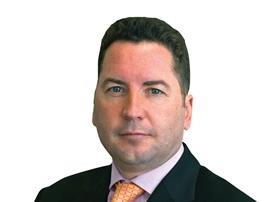 Although it pains me to do so, I read many of the misleading stories, about family law cases, featured in the tabloid press. On social media I’ll offer a link to the actual judgment relating to a badly reported case, offering the truth behind the headlines to anyone who might be interested.

Recently, however, the public has been offered more far-from-accurate family law fare in the shape of the BBC TV’s Tuesday night drama The Split. Billed as an ’authentic, multi-layered exploration of modern marriage and the legacy of divorce seen through the lens of a family of female lawyers’ it makes this divorce lawyer cringe.

A solicitor meets both husband and wife. Incorrect terms for child arrangements, ‘access’ and 'visitation', are used by these specialist professionals. A forensic accountant carries out an inventory of a wine cellar and sculpture. Self-help disclosure abounds with the wife’s barrister taking the husband by surprise with previously undisclosed bank statements. Breaches of confidentiality are rife. This all leaves aside the depiction given to viewers of family lawyers, portrayed breaching privilege, being abusive to another firm and having a 'war room'. Anyone would think that Resolution had never been created.

Of course, this is fiction. The Today programme on BBC Radio 4 isn’t. A news item earlier this week stated that the Government had announced that it was considering ways to give grandparents greater 'access' to children. The term 'access', in the context of domestic private law disputes, has not existed since the Children Act 1989 was implemented. Another howler was the announcer subsequently referring to the statute as The Children’s Act.

On this topic, however, Hansard put our revered public broadcaster in the shade. 'Access Rights to Grandparents' reads the heading for Parliament’s debate of 2 May. This is a very important subject and one I feel merits a review. The title, as well as the language used by some MPs though, is less than accurate. The whole focus of the 1989 Act is the child, thus it is not about the rights of a child’s parents, for example. Moreover, we talk about child arrangements, not access.

Some say that the Clarkson-led Top Gear was not really the motoring programme they wanted it to be. That’s because it wasn’t. It became entertainment. Similarly, The Split is not a fly on the wall documentary about a firm of family lawyers, although I spied a Law Society mug in episode three, watched purely for the purposes of researching this column, you understand. Like Top Gear it is simply there to entertain.

We should be more concerned about the inaccuracies found in news outlets and, indeed, in the Houses of Parliament. I may be a voice crying in the wilderness but I do feel that the public is entitled to accurate information from factual outlets, whether about family law or, come to that, the law generally.

Tony Roe is a family law arbitrator and principal of Tony Roe Divorce & Family Law Solicitors in Theale, Reading. He is also a member of the Small Firms’ Division committee.