On being mocked by the prime minister

At Prime Minister’s Questions (PMQ), the prime minister has often recently used the fact that the leader of the opposition was once a lawyer, to undermine him. 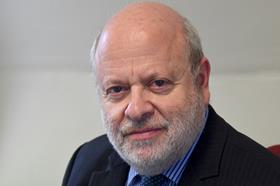 You get the message: lawyer equals insincere, inconsistent, happy to argue anything for a cheap point. Given that the leader of the opposition has not been practising as a lawyer for some years, it also appears to suggest that being a lawyer is not just a job, but something that undermines your trustworthiness forever after, even once you have become something else.

But many solicitors are daily advocates in the courts as well, arguing cases on behalf of clients just like Sir Keir once did as a barrister. People often lump us together, since we are after all one legal profession, in it together.

So, I repeat, should we care? On the one hand, there have been lawyer jokes for as long as there have been lawyers, and we have survived and thrived. It is everyone's right to say what they like, and no-one has a right not to be offended. Most people see us as rich and cynical, and would laugh their heads off if we protested. And finally, there are many more important matters of concern to raise with this government – for instance, legal aid pay rates, the survival of some law firms post-pandemic, and current problems with court backlogs.

But the prime minister is the elected leader of everyone, including lawyers. He is using his privileged weekly platform in parliament to undermine the credibility of our profession, bit by bit, not once or twice (which would not matter), but on an almost weekly basis, drumming a negative view into the national conversation.

It is true that PMQs is hardly Strictly Come Dancing, and its small audience doubtless not representative of the population at large. But clips from PMQs appear on many news bulletins, and the lawyer jokes are sometimes included.

Sir Keir Starmer at one point seemed to welcome the jeers, when he said at the end of one exchange: ‘Mr Speaker, no more witnesses, I rest my case.’ So should we also accept it calmly?

The strange thing is that Sir Keir is hardly unique in being a lawyer in the House of Commons. As many as two-fifths of MPs have law degrees, and at least 15% were practising lawyers at the time of their election.

In any case journalists, particularly columnists as Boris Johnson was for many years, are similarly used to arguing the opposite of what they once argued after a short period has elapsed. But the difference between lawyers and journalists is that while there is no obligation on columnists to argue for different conclusions on different days, barristers are subject to the cab-rank rule. Barristers must take a case that is within their knowledge and expertise, provided they are free to do so. Although there are some practical exceptions, everyone then has the chance to be represented by a barrister of their choice, which in turn ensures a fair trial.

So, to be po-faced, the prime minister’s mockery encompasses also a longstanding rule, which is part of the proper administration of justice and the rule of law. Although the jeers are aimed at us, to make us seem slippery and unreliable, they inevitably reflect on the rule, too.

I suppose he keeps repeating it because focus groups inform Downing Street that it is a successful ploy against the opposition. If so, we should be alarmed. Repetitions of similar mockery at the highest level in parliament for a prolonged period may have a further impact on how we are seen and trusted nationwide.

Doing something about it would make us appear absurd. Therefore, I am against protest. But I still ask: is it right that the prime minister mocks us week after week?