Passing the buck: corporate liability reform must not be further delayed

Two years ago, the government closed its Call for Evidence on corporate liability reform for economic crime and nothing has been heard since. Granted the UK government has been more than a little distracted in those two years. But as the Treasury Select Committee said earlier this month, Brexit is no excuse on this matter. ’Without reform in this area,’ the committee wrote, ’multi‐national firms appear beyond the scope of legislation designed to counter economic crime. That is wrong, potentially dangerous and weakens the deterrent effect a more stringent corporate liability regime may bring.’ The committee called on the government to undertake consultation on proposed legislation by the next Queen’s speech. 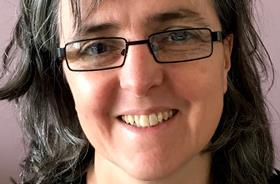 The House of Lords Bribery Act Committee has also weighed in. It urged the government to 'delay no more in analysing the evidence it received two years ago and in reaching a conclusion on whether to extend the “failure to prevent” offence to other economic crimes.' The committee went further in the body of its report saying none of the responses to the consultation posted online (yet to be published by the government) 'opposes the extension of the “failure to prevent” offence; many support it, as have our witnesses who have addressed the issue.' Lord Justice Leveson told that committee that in his opinion extending the failure to prevent model to other economic crime 'would be in the public interest'.

So what’s taking the government so long? The government’s claim that it’s still analysing the evidence is no longer sustainable. Deeply entrenched resistance in some departments (unsurprisingly the business department and the Treasury) to any law reform in this area has created total impasse within government. Their view is that the regulation introduced through the Senior Manager’s Regime (SMR) in 2016 is sufficient.

There are many interesting debates to be had about whether individual accountability is more effective than corporate accountability. Generally, however, it seems clear that you need both and that neither can truly substitute for the other. So, the idea that a regulatory regime for individual managers is a stand in replacement for holding large corporations criminally liable who would otherwise be above the law appears somewhat laughable. Moreover, there isn’t much evidence that individual managers are in fact being held to account for wrongdoing on their watch under the SMR – fines imposed on individuals by the FCA fell to their lowest level for five years over the past two years since the regime was introduced.

If these government departments win the day, reform seems highly unlikely to happen in the near future. The best we can hope for is that the issue will be sent to the Law Commission to have a look.

There is no doubt that a Law Commission review into the overall corporate liability framework in the UK for all corporate offending is long overdue and that a full Law Commission review of how different ways of attributing liability to corporations affects the ability to implement and enforce laws would be extremely useful. One would hope that any such review would come up with some legislative proposals for how the ‘identification principle’ which has long hampered prosecutors’ ability to prosecute large companies can be reformed and replaced. The danger is that this is a long and complex job and we could be waiting another three to five years for any real reform.

Rather than passing the buck to the Law Commission, the government should bite the bullet and do what the Treasury Select Committee is calling for: draft legislation for consultation and hammer out the potential difficulties through the consultation process. The Law Commission should still look at the overall corporate liability framework in the UK, including at how liability for corporates should be attributed in main or substantive offending as well as looking at how the ‘failure to prevent’ could work in other contexts.

But the bottom line is this – as our report argues, the UK is currently outsourcing its corporate criminal law enforcement for economic crime, with the exception of bribery since the Bribery Act, to the US. As a result, it’s failing to properly police the integrity of its own markets, and provide proper deterrence for corporate financial wrongdoing.

Brexit should not be an excuse for delaying reform but an opportunity. As parliamentarians, including former judges such as Lord Woolf, Lord Thomas, and Baroness Butler-Sloss, wrote in a letter to the Prime Minister last week, urging corporate liability reform, 'as Britain seeks to find a new place for itself in the world, it is essential that we have a world class justice system that is based on equality and fairness before the law.'

Let’s hope the government is listening.