Probate: Are too many hopeless contentious cases being settled?

The case of Shapton v Seviour illustrates a concerning trend of cases brought under the Inheritance (Provision for Family and Dependants) Act 1975. Dismissing the application, Deputy Master Lloyd described the case as ’absolutely hopeless’; and in his judgment on costs, as one which ’never stood a reasonable prospect of success’. In his judgment handed down on 6 April he referred to three main factors: the small estate; the claimant with her husband having a high income and enjoying a comfortable life; and the defendant who was disabled with a terminal illness needing 'every penny to live out her remaining years in dignity and comfort'. 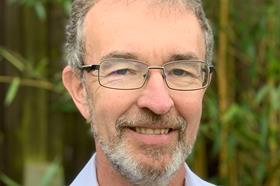 The decision raises two interlinked questions. First, how could such a case have been pursued to trial? Second, why was it brought in the first place?

The answer to the first question is that whilst (twice) she offered to drop hands, the defendant not only had no inclination to pay any significant sum, but simply could not afford to pay anything like the £237,000 demanded by her step-daughter in the letter of claim, nor even the £75,000 stated in opening at trial to be the sum sought. She had to dispense with her solicitors’ services after six months of fruitless pre-action correspondence when the bills approached £6,000, instead relying on help from her sister and later your author, a recently retired patent litigator acting as McKenzie friend who was a friend of the defendant’s sister.

Coming to this unfamiliar area of law, I saw the case as one completely lacking in merit and advised accordingly. The testator had left his entire estate to his wife of 17 years. The estate itself was a modest one, worth some £268,000, of which 80% was tied up in the matrimonial home. The couple’s four children – two each from their previous marriages – were all adults 'making their own way in life and standing on their own two feet'. One of these children, the claimant, was a 32-year-old married woman with a good income living a comfortable life, albeit with credit card debts built up over a period years.

The defendant on the other hand had lost her husband in 2016 to brain cancer, and then had herself been diagnosed with motor neurone disease. Deprived of her husband’s income and being forced to give up her own job in the NHS, she was reliant on state benefits. She had to spend most of her savings on adaptations to her home to cater for her ever increasing disability, and was left with just her home and very modest remaining savings. A clearer case it was difficult to envisage – a view later vindicated by the court.

Having in quick succession been widowed and handed a death sentence with her disease, the defendant had a sense of perspective and steely determination not to give in. Equally, having embarked on the litigation, presumably the claimant either thought (quite wrongly) that her claim had merit, or simply was unable to swallow the pill of accepting a walk-away. And so the matter went to trial. But how could a claim like this have been brought in the first place?

The answer lies perhaps in what I found when I talked with those in the profession with experience in this area of law. The solicitor friend in Harrogate, my own wills solicitor, and notably Sarah Arnold of MW Solicitors (who then kindly provided support in the litigation), all said the same: a surprisingly large number of these sorts of cases – by adult non-dependent claimants – are brought, and almost every time settled.

Inevitably the terms of settlement are not made public, but one can surmise that the leading case of Ilott is cited as an example of such a claimant receiving a 10% slice of the estate. One can therefore see a set of circumstances arising on many occasions. First a disgruntled child who sees itself as having been cut out of a will. Second, a solicitor advising (rightly) that such a claim can be made and that some cases (like Ilott) have succeeded, and offering to act on a CFA basis. Third, a solicitor advising a defendant (again rightly) of the uncertainties of litigation and the benefits of settlement, especially if the estate is relatively large and what is demanded is not excessive. Thus a steady stream of such cases has grown in the post-Ilott years. Whilst any suggestion of a '10% rule' was debunked in the Cowley Estate case, the attraction of achieving certainty by settling for a relatively modest sum such as 10% of the estate must be overwhelming for many defendants.

Hence one can see how Shapton v Seviour arose. The disgruntled step-daughter, Carly Shapton, had a brother working for a firm of solicitors. Letters were written, but no settlement was achieved, so the next logical step was taken to issue and serve proceedings. And so the die was cast. Meet then a defendant for whom the worst had already happened with her disease, with the benefit of a retired litigator to help her, and the usual tactic of threatening, then actually bringing proceedings, was never going to work.

But what the decision also illustrates is that very many of these cases should not be settled. Defendants should not be pressurised into settling unmeritorious claims. These cases are not like personal injury cases where liability has been established and the issue is how much within a range should be awarded: they are often cases where no award at all would be the right outcome. Further as the judgment notes: 'No provision may be reasonable provision.'

The strong words of Deputy Master Lloyd – that the claim was 'absolutely hopeless' – may be based on a case which was clearer than most, but any case where objectively the claimant has no needs as required by the 1975 Act can, and should, be resisted.