The UK conundrum as to our apparent lack of competitiveness judged by our national productivity level when compared to many of our worldwide country competitors, has long been a cause of embarrassment, not to mention a lot of head scratching. 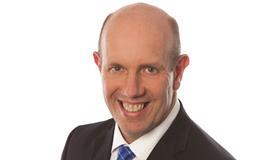 The latest government figures released at the start of April revealed a small overall improvement in UK productivity during the last quarter of 2018 – 0.3% growth compared to the previous quarter. However, slow growth in this area remains a significant issue.

As is highlighted in a report by Menzies LLP, entitled ‘A Guide to Improving Productivity of Professional Services Firms’, the problem is not that UK workers are lazy in any way, as they work on average a greater number of hours than their French and German counterparts, but that their productivity per hour is not as good.

Whether this is due to working practices generally, or the lack of investment in technology which brings efficiency and, therefore, the ability to do more productive work in less time, again I believe the jury is out.

In many law firms some of the above will resonate as common themes holding back the evolution and success, and perhaps even succession, of the practice. The report produced highlights seven key areas to improve productivity at professional service firms and whilst not all will be equally relevant, it is a useful checklist to assist your strategic planning in this key area.

In the legal sector, just like accountancy, where generations have been brought up on the concept of completing timesheets and accounting for every six, 10 minutes or whatever length of unit you live by, it is strange that productivity, or at least that recorded, still appears to be an issue. There are many quick wins in this particular area, including:

These are some quick wins and there is also an opportunity for firms to take advantage of recent technological advancements – for example, by harnessing artificial intelligence and recognising the role it can play in improving process efficiency.

A firm’s operational capacity is usually assessed based on what can be achieved and whether this is a surplus or deficit, when compared to budgeted turnover. Whilst this information shouldn’t be used in a knee-jerk way to decide whether to streamline or recruit staff, it could inform the introduction of best practice improvements to help drive productivity across the organisation. If implemented correctly, this will bring increased income and fees, in turn boosting profit and cash.

Whether it is the UK still having some way to go to close our national productivity gap with France and Germany, or a law firm, or a single particular department within a law firm, closing its own productivity gap, the potential rewards are considerable. Making some productivity gains now could also assist with recruitment, retention and succession, as a result of having a more profitable practice.

Peter Noyce is a partner at accountancy firm Menzies LLP. He is a legal services sector specialist and the author of ‘Brighter Thinking for Law Firms’