As victims have increasingly taken centre stage in the criminal justice system,[1] there is a particular tension in human trafficking cases where the defendant may be a victim of human trafficking. 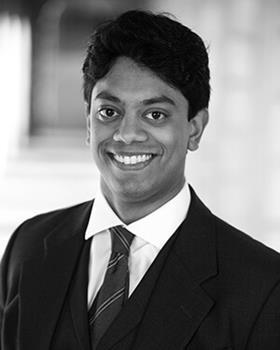 Recently, the NCA’s director of vulnerabilities suggested there are likely to be 'tens of thousands' of victims of trafficking.[2] Nevertheless, 2017 statistics from the National Referral Mechanism (the national framework through which victims of modern slavery and human trafficking are identified and referred), showed that only 5,145 people were submitted through the NRM.[3] It would seem that many victims of trafficking are falling through the cracks, as it was repeatedly pointed out by reports of the Anti-Trafficking Monitoring Group[4].

There are three elements of trafficking per The Council of Europe Convention on Action against Trafficking in Human Beings (ECAT), Art.4: a) the act done: transportation, recruitment etc.; b) the means by which the act is done: threat, coercion, deception etc.; c) the purpose for which it is done: e.g. sexual exploitation. Consent of the victim where the means in Art.4 are used is irrelevant (ECAT Art. 4b).

Obligations of Police in relation to a potential victim of trafficking

That the police have a procedural obligation to investigate arising from Article 4 ECHR was confirmed in R (on the application of H) v SSHD [2016] EWCA Civ 565, para 25. The Chief Officer of Police for the relevant police area also has a duty to notify the Secretary of State about suspected victims of human trafficking where there are reasonable grounds to believe that a person may be a victim of human trafficking (s.52 Modern Slavery Act 2015 (MSA)).

To their credit the CPS have their own written guidance,[5] (the Guidance). The Guidance states that the prosecution must consider whether it is in the public interest to prosecute where there is reason to believe the person is a victim of trafficking. Further, prosecutors have a 'duty to make proper enquiries in criminal prosecutions involving individuals who may be victims of trafficking or slavery'.

Where a decision has already been taken to charge and prosecute but there is concern that the individual is a victim of trafficking, the Guidance states that the prosecutor should seek an adjournment and ensure the defendant is referred through the NRM.

However, the above framework is only as good as the people applying it. In October 2017 Her Majesty’s Inspectorate of Constabulary and Fire & Rescue Services, published a highly critical report of the police’s response to modern slavery and human trafficking. It painted a picture of the police being uninformed, untrained and inconsistent.[6]

This tallies with many lawyers’ and support providers’ experiences. In a recent case I defended in, I was told that although the defendant had said she was a victim of trafficking in her police interview the police had been told nothing could be done as she had been charged. Something had clearly gone wrong; as shown above, even prosecutors have an obligation post charge to ensure an NRM referral is made if there are concerns about the defendant being a victim.

Unfortunately, those prosecuting are not necessarily any better. In that same case at the Plea and Trial Preparation Hearing, I invited the Judge to delay the defendant’s arraignment so that the enquiries could be made. Rather than supporting my submission, in accordance with the Guidance, the prosecution remained mute. It may be that this was due to a lack of awareness of the Guidance, but therein lies the problem. The defendant was arraigned without the delay the Guidance advises she should have had.

What the defence can do

In addition, where the investigating/prosecuting authorities have not referred through the NRM, the Defence may initiate the process by referring the defendant to a ‘first responder’. Only they can refer the defendant to the Competent Authority to be assessed as a victim of trafficking. First responders include: the Home Office, local authorities, the Police and certain NGOs.

However, awareness about trafficking, the NRM and the requirements under ECAT and the EU Trafficking Directive 36/2011 is often limited amongst defence lawyers. Anti-Slavery International has dealt with numerous cases where victims were initially advised to plead guilty, because the indicators of trafficking were not recognised or the lawyer representing was not aware of the victim protection provisions and the so-call ‘non-punishment principle’. Fortunately, in many cases, after having had the assistance of Anti-Slavery International the defence have sought a review of the case which has resulted in cases being dropped.

Where the defendant has been assessed through the NRM and the decision has been made that the defendant is not the victim of trafficking that decision may be judicially reviewed (e.g. R (on the application of SF) v SSHD [2015] EWHC 2705 (Admin)).

If the case does go to trial, s.45 MSA creates a defence for those who have been compelled to commit certain criminal offences (see Schedule 4 MSA) due to being trafficked. R v MK [2018] EWCA Crim 667 established that the defendant only bears an evidential burden to have a defence under s.45. This recent change highlights just how the Courts are still getting to grips with dealing with victims of trafficking appropriately.

Coming back to that recent case of mine, thankfully it did not come to that, after the PTPH the CPS finally reviewed the case and offered no evidence. However, one cannot have a silver lining without a cloud and there the defendant had spent almost 3 months in custody before the prosecution was dropped. Bearing in mind the figures cited at the beginning of this article one wonders how unique her experience is.