Racism in the City

Earlier in the year, there was a concern that the Covid-19 crisis had put diversity and inclusion (D&I) on the backburner. The killing of George Floyd has brought it to the fore again. 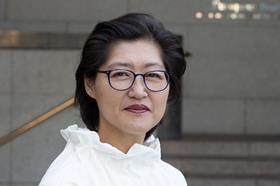 The incident was truly shocking. Here we are in the 21st century and people are still killed in such a brutal manner, and by figures who are in positions of respect and authority. But we must not forget that what happened to George Floyd is not the only form of racism that people of colour face. Every day racism is subtle, harder to point out, and usually off camera. It consists of micro-aggressions that make a person feel undervalued and unwelcome, and biases that deny opportunities open to the white majority.

The Parker Review in February 2020 revealed statistics of BAME directors who sit on boards of FTSE companies. Minorities are woefully underrepresented. This is also the case for most organisations at senior levels. Recruitment at entry level has improved tremendously, and in the legal sector, ethnic minorities make up more than their proportion in the general population. The problem lies in retention and progression. There is no shortage of talent, just the lack of recognition of that talent.

In his book, The Outliers, Malcolm Gladwell talks about the best ice hockey players in Canada. He observes that it is no accident that the majority of them have birthdays in the first half of the year. Children’s ice hockey season runs from January to December. At a young age, even a few months makes a difference in terms of size and dexterity. If you are picked for the top team at age 6, chances are that you will make it to the top team the following year because you will have had the benefit of the best coach available and the best matches for a whole year. This pattern perpetuates, and the players who are older in any given year group, are more likely to make it to the professional level.

The same can be said about progression in an organisational context. When a person of colour is held back for their first promotion, this starts a chain of events that will delay them from reaching the same level as their white colleagues 20 or 30 years down the line. For an internal promotion, this takes the form of lacking the right experience and exposure for successive advancement.

Most City organisations have a 'top talent' or 'high potential' programme, so why are they failing to ensure that BAME people are kept on track? One needs to ask who is responsible for picking these talents, and who is doing monitoring to see if the right people are in the pipeline. Too often, this is the sole responsibility of the immediate line manager who, in all likelihood, is a white male (if not a white female) and who has an affinity bias. If there is dearth of non-whites in the pipeline, why then be surprised that there are no people of colour put forward for a promotion? The talent pool must be rigorously monitored to include BAME people, as most people of colour do not experience the mythical 'tap of the shoulder' when it comes to advancing their careers.

Colin Kaepernick, famous for 'taking the knee' during the national anthem at NFL games as a protest against oppression of people of colour, was blackballed and could not play professionally for several years. This happened to a high profile sportsman. It comes as no surprise that this also affects those who speak up about injustices and discrimination in the City. Organisations have sensible sounding policies against bullying, harassment and discrimination in the workplace, but who is monitoring their effectiveness? Is data captured when BAME staff members leave an organisation for these reasons?

The form of discrimination people experience differ depending on the race, ethnicity, gender, age, sexual orientation and disability, but the result is the same – there is an acute lack of minorities and other marginalised groups who have a seat at the top table. Take East Asians as an example. They seem to do well at entry level, but they all but disappear completely when it comes to senior roles in the City or any high profile positions.

British society is multicultural and multiracial, with a pluralistic tradition of acceptance. The societal make-up should be reflected in all strata of organisations, not just in the bottom half. There is also incontrovertible evidence that diversity adds to the bottom line. So what can be done to have more people of colour in senior roles?

1. Publicly display your organisation’s commitment to changing the status quo by signing the Parker Review’s Race at Work Charter.

2. Ensure that every department’s leadership level has at least 10% BAME people.

3. Make sure there is accountability for failing to achieve having at least 10% BAME leaders at each managerial level of your organisation.

Paying mere lip service must stop. It is now time for action, and to start benefiting from the diversity dividend that having a truly diverse organisation brings.

Sun-Hee Park is the first Korean to qualify as a solicitor in England and Wales. She has been practising law in the City for over 20 years, and is the founder of the East Asian Lawyers Organisation