Reverse mentor scheme takes us back to the 18th century

In 1772 Lord Mansfield, the highest judge in the land, told the world that James Somerset, an enslaved African purchased by Charles Stewart in the British crown colony in North America, could walk away from the English Court a free man, following Stewart’s demand to return him to Jamaica where he intended to sell him to a plantation. Mansfield stated:

'…A foreigner cannot be imprisoned here on the authority of any law existing in his own country: the power of a master over his servant is different in all countries…the exercise of it therefore must always be regulated by the laws of the place where exercised…we cannot say the cause set forth by this return is allowed or approved of by the laws of this kingdom, therefore the black must be discharged'.  (Somerset v Stewart (1772) 98 ER 499)

It is not surprising that even though the decision had no bearing on the ongoing slave trade, it gave Abolitionists a boost and they celebrated the decision of the learned judge.

But someone else was also to take pleasure in Somerset’s freedom: Dido Belle, Mansfield’s great niece who he had cared for since she was a child, educated her, and brought her up as an aristocrat. That in itself is not that unusual, but the relationship between Mansfield and his great niece was unique because Belle’s father was white, and her mother was black. The daughter of Royal Naval Officer Sir John Lindsay, the nephew of Lord Chief Justice Mansfield, who placed his daughter in his uncle’s care, this child of mixed parentage was taught to read and write, play music - all the skills that were expected of an accomplished lady of the period. 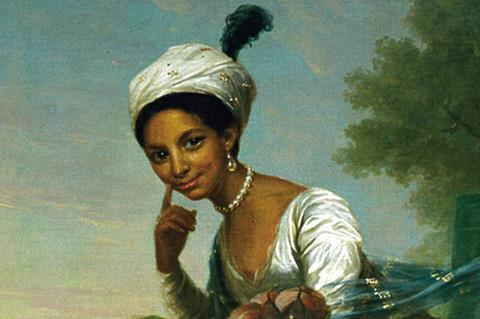 It is by no means a stretch of the imagination, that Belle had an influence on Mansfield, but what is of key importance is the direct experience Mansfield had in bringing up a mixed raced child in 18th century England. I am not naive enough to believe that this relationship could dispel prejudices that existed at the time, but I would like to think that Mansfield’s ongoing interaction with his great niece, opened his eyes to the evils of slavery and the inequitable treatment of black people, which one could argue was reflected in the decisions he made.

When I consider the judiciary of the 21st century, it is concerning that they are not representative of the society in which they live, with just 1.1% made up of judges with black Caribbean and African heritage, with the majority consisting of white males. In March 2018, David Lammy MP, told the Gazette: 'Find me an ethnic minority judge and I will buy you a beer.' The statement followed the decision of the then justice secretary David Lidington rejecting Lammy’s recommendations made in his independent review of the criminal justice system, that by 2025, the number of judges should be proportionate to the size of the UK’s BAME population estimated at 14%.

Mansfield’s relationship with Belle is a clear indication of the need for those who judge us, to have the opportunity of some direct experience with the black community, because that could undoubtedly broaden their own experiences and horizons as well as give a better understanding of who we are. Mansfield acknowledged he was reproached for showing such a fondness for Belle, but that only establishes the thoughts and feelings of people at the time, and it is a shame that when looking at the make-up of those selected as judges today, not much has changed.

However, a recent decision made by the Bar Standards Board (BSB) appears to have taken a step towards at least trying to find a way to bridge the gap between the judiciary and the black community. In September 2020, the BSB introduced a reverse mentoring programme in a drive to improve racial diversity, stating the ‘onus of change needs to be on the white majority and senior ranks within the profession.’ Suggested topics of discussion include the first-time the mentor and mentee noticed a lack of inclusion at the bar; what it is like in chambers; and instances of racial discrimination that they have noticed.

When describing the programme on its website, the BSB said: 'When compared to traditional mentoring schemes, reverse mentoring is more likely to ensure mutual benefit to both the mentor and mentee, and to pair people who might otherwise not come together.'

It’s strange when people talk about the relationship between Mansfield and Belle. Emphasis is placed on what he did for her, but the evidence of their relationship points to a mutual admiration between them, with them both being in a unique position to enrich each other’s lives.

We can only hope that the same can be said for the current reverse mentor scheme.