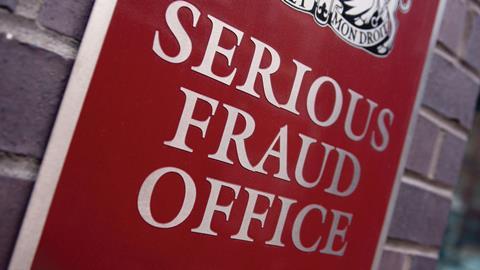 A Deferred Prosecution Agreement (DPA) with Tesco Stores Ltd was published in January 2019 immediately after the acquittal of three former executives. Despite their acquittal, the executives were named in the DPA as the wrongdoers. This caused disquiet about the incongruity of outcomes for individuals and corporates. The requirement to identify individuals embodying the ‘directing mind and will’ of a company to establish corporate criminal liability is seen as the cause of the tension. Almost identical scenarios occurred in the cases of Sarclad Ltd in July and then in Güralp Systems Ltd in December.

Concerns were also raised when the SFO closed its investigation into Rolls Royce without any charges against individuals, despite Rolls Royce paying £497m under what was then the largest DPA.

These cases demonstrate corporates accepting evidence that is vulnerable to challenge for commercial reasons. This tarnishes reputations of the acquitted individuals. It also highlights the difficulty the SFO has in securing convictions.

In July, Serco Geografix Ltd (SGL), entered into a DPA in relation to offences of fraud and false accounting. In December, the SFO charged two former Serco directors. The outcome of those proceedings will advance the conversation about reforming corporate criminal liability and whether the basis of a DPA is properly scrutinised.

Proceedings against former Barclays executives have not run smoothly: John Varley was acquitted, the jury was discharged, the Court of Appeal upheld the acquittal, and, in October, the ongoing retrial of the three remaining individuals began. In the background were the dismissal of charges against Barclays Plc and Barclays Bank Plc, and a failed attempt by the SFO to reinstate them. The outcome of the current trial will be important as it may salvage a so far fruitless investigation.

The SFO investigation into ENRC opened in 2013. It has given rise to related litigation and the only charge, against Anna Machkevitch, has been for failing to respond to a Section 2 notice. Machkevitch was convicted in January this year and fined a modest sum - £800. Navigating the ENRC investigation requires deft leadership, and may come to define Lisa Osofsky’s directorship.

Most recently, Airbus SE entered into a DPA ending an SFO investigation opened in 2012. The deal is part of an agreement with French and US authorities and is the world’s largest settlement. The SFO’s portion involves the payment of a total of €984 million, the largest DPA to date.

The relative lack of new, high-profile investigations is disappointing, but the SFO’s 2018-2019 Annual Report states that only five of the 11 cases opened in 2018-19 have been made public. This suggests that we may discover that the SFO has been more active than thought and significant announcements may be in the pipeline. Daniel Kahn, a senior lawyer in the fraud section of the US DOJ, stated that he expects to see 'good cases' being brought by the SFO 'very likely in the coming year'. He added that 'it’s hard to see what’s happening behind the scenes and behind closed doors.'

The Americanisation of British justice

The SFO’s apparent preference for working away from the public eye may be a continuation of the trend of the Americanisation of British justice. DPAs which materialise during the first half of 2020 are likely to be the result of lengthy discussions which have been ongoing for some time.

The director’s stated ambition to increase witness co-operation in investigations, by suspects 'wear(ing) a wire' may also be at play. Publicity surrounding investigations would inhibit the effectiveness of such methods. While novel to UK practitioners, this gamble - if executed correctly -could help the SFO avoid cumbersome investigations.

Since Theresa May first suggested that the SFO could be scrapped and incorporated into the NCA or the CPS, there has been uncertainty about its future. Political support for the idea may be not be a priority for the current government, but pressure to produce results remains. The Airbus DPA may provide some respite, but the SFO may still feel under scrutiny.

'Failure to prevent' offences are currently limited to bribery and facilitation of tax evasion. Many advocate for their extension to other economic crimes. Calls for DPAs for individuals may also increase, although it is unlikely to happen. Nonetheless, the director has expressed a desire to have some of the powers enjoyed by her US counterparts.