A policeman’s lot is not a happy one, as Sir WS Gilbert so memorably wrote. Little wonder, then, that the police seem to enjoy helping victims more than they do catching criminals. Those objectives are not incompatible, of course. But when there is no prospect of bringing a suspect to justice, a police investigation cannot be justified by saying it will make complainants feel better.

The clearest example of a suspect who cannot be prosecuted is a dead person. For that reason, I took the view that Wiltshire police should not have spent nearly £1.5m investigating allegations of indecent assault against Sir Edward Heath. The former prime minister, who died in 2005, cannot stand trial.

But on that basis, responded one of my followers on Twitter, why should the police investigate the gunman who opened fire on a country music festival in Las Vegas this month, murdering some 58 people? Stephen Paddock shot himself after the killings so he cannot be tried either.

There is a difference – and not just that we know crimes were committed by the Las Vegas shooter. The purpose of investigating Paddock is not to bring a dead man to justice but to find out whether others should face prosecution. Killers may have accomplices or co-conspirators. Finding out what motivated Paddock might even reduce the chances of such an attack happening again, unlikely though that may seem without fundamental changes to US gun laws.

By contrast, five of the seven allegations that the police would have put to Heath related to events that were supposed to have taken place between 41 and 56 years ago. Two were said to have happened around 25 years ago but one of those was potentially undermined by other material. The idea that accomplices might now be brought to justice is fanciful. 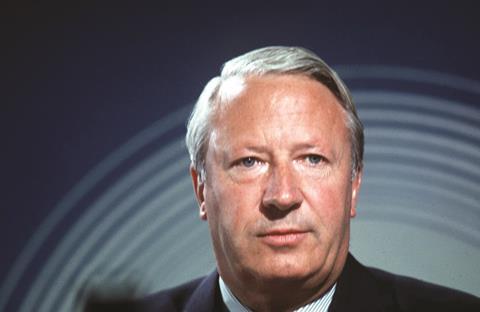 Heath: subject of a £1.5m investigation

Wiltshire police, in their report on Operation Conifer, claim there is a ‘legal requirement for police forces to investigate allegations against deceased people’. They believe that is derived from article 3 of the European Convention on Human Rights.

Article 3 says that ‘no one shall be subjected to torture or to inhuman or degrading treatment or punishment’. Its purpose was to outlaw the abuse of prisoners detained by authorities of the state. What has it got to do with allegations against Heath of indecent assault – and, in one now discredited case from 1961, rape?

For that, we must examine the case of John Worboys, the ‘black cab rapist’ who raped or sexually assaulted more than 100 women from 2002 until 2008 – when he was finally caught. In 2014, the High Court ordered Scotland Yard to pay damages to two of his victims, referred to as DSD and NBV, for police failings that had allowed Worboys to continue offending. After analysing rulings by the human rights court, Mr Justice Green concluded that there was a duty on the police to investigate credible or arguable claims that an individual had been the victim of rape or a serious sexual assault. His decision was upheld by the Court of Appeal in 2015.

But the Metropolitan Police appealed to the Supreme Court in March and judgment is still awaited, suggesting that the duty to investigate may not turn out to be as wide as the High Court concluded. In any event, the investigatory duty identified by Green, and upheld by the Court of Appeal, is confined to ‘particularly severe violent acts’. Do Wiltshire police really believe that applies to an allegation that Heath, as a backbench MP in 1976, ‘indecently assaulted, over clothing, an adult male during a chance encounter at a public event’ in Jersey?

The police were apparently advised that ‘the closer the offender is to the state and the more serious the ill-treatment is, the greater the duty to investigate under article 3’. That may be so. But their conclusion that Heath was ‘an agent of the state for most of his adult life’ is risible. Heath, who died aged 89, was a government minister for less than 14 years. Far from being an agent of the state, a backbench MP is elected to hold it to account.

This is not the only recent example of a police force saying something it thinks victims want to hear. At the end of July, Scotland Yard told families of those who had died in the Grenfell Tower fire six weeks earlier that there were reasonable grounds for suspecting that the local authority and its tenant management organisation ‘may have committed the offence of corporate manslaughter’. When campaigners said that did not go far enough, the police said they would consider charges against individuals. Surely they know by now that charging decisions in cases such as these are taken by the Crown Prosecution Service?

Telling people what they want to hear may make them happy. But happiness is not a policeman’s lot.