The idea that 150,000 people will be able to breeze through an online portal without help is absurd. That’s the Ministry of Justice (MoJ) estimate of the number of unrepresented litigants who will use the new system when it’s up and running. They will need help to understand the medico legal process as well as help to understand and use the technology. The government has said that charities will be able to help people who don’t have legal representation, but it is now clear that the charities who are likely to be called upon by injured people for help have not been consulted about their capacity to do the work. 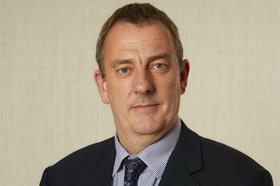 When the Justice Select Committee held its inquiry into the increase in the small claims limit the judiciary expressed a ’serious level of dismay’ about the reforms and the potential impact on the courts, even with a portal which is redesigned for use by unrepresented people.

During debate on the Civil Liability Act, the then-justice minister Rory Stewart provided assurances that those concerns would remain central to the discussions and that the judiciary would have a full role in the testing and roll-out of the new system. While there is undeniably involvement from the judiciary through the Civil Procedure Rules Committee, the CPRC does not have the power ultimately to overrule government policy decisions. Nor are there any plans, as far as we are aware, to include the judiciary in the testing and roll out of the new system.

The MoJ estimates that two thirds of injured people using the new portal will have legal representation. It remains to be seen if that’s accurate. It may be far less. Claimant solicitors will need time to ensure that their own systems are compatible with the new portal and they need to know exactly how the new system will work before they can do that. The proposed implementation date of April 2020 may seem a long way off, but it’s no time at all for solicitors who are currently in the dark about the preparations they need to make, and for their own IT systems to be adapted.

We understand testing of the portal is to be undertaken by lawyers, which does not make much sense when the portal is designed to be used by ordinary members of the public. And what happens if issues emerge which then need to be addressed before the implementation date?

Formal MoJ stakeholder meetings designed to ensure there is a portal which is fit for purpose have fizzled out, while development of the system by the Motor Insurers’ Bureau (MIB) has, we are told, continued apace. The MIB is planning stakeholder meetings in the next few months to share information about the work so far. This is welcome but long overdue, and it is no substitute for genuine, proactive involvement of all parties. What began as a promise of genuine stakeholder engagement has become little more than a smokescreen in the rush to build a portal in time to meet an arbitrary deadline of next spring.

A year ago talk began about the introduction of a so-called ‘minimum viable product’ which could be added to as time went on, like a half-dressed Christmas tree. In his letter to the Justice Select Committee, justice secretary David Gauke suggested that implementation in April 2020 would ’ensure that these reforms are done right rather than quickly’.

If reform is going to happen it must be done properly, which is why we have raised our concerns with the chairman of the Justice Select Committee. A ‘minimum viable product’ developed behind closed doors, without proper input and transparency will never be good enough for injured people. But in the government’s rush to meet an arbitrary deadline, that is exactly what they will get.