Anecdotal evidence suggests the litigation arena is becoming increasingly aggressive. Why? Lest we assume this does not apply to the five-star, relatively relaxed and confidential environs of international arbitration, we must be disabused of our naivety. 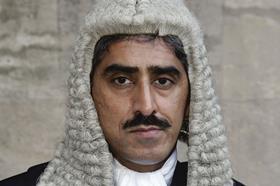 As soon as lawyers convince themselves that they are the living embodiment of Von Clausewitz’s ‘total war’ approach, there are no red lines, no trust and any means (however devious and foul) justify the end.

What are the causes of this change, which can only be detrimental in terms of the well-being of the system and the legal profession long-term?

First, the increasingly competitive environment with highly demanding clients, where briefs and instructions are perceived to be gained at the expense of others, is unlikely to engender restraint.

Second, the intense preoccupation with social media, electronic media and the internet has meant that deliberate, widespread and rapid dissemination of smear tactics is easier than ever before. Online abuse targeting lawyers at the forefront of the ‘Brexit challenges’ (including from individuals claiming to be lawyers) provides stark examples of this phenomenon. The ease with which even apparently experienced users of Twitter add fuel to the flames of misinformation without (it seems) any reflection or serious attempt at fact-checking was shown when Lord McAlpine was falsely identified as a paedophile in 2012. Messages referring to Lord McAlpine were retweeted more than 100,000 times, including by seasoned journalists.

We have seen judges who dealt with the ‘Brexit challenges’ being described as ‘Enemies of the People’ in the most disgraceful manner by mainstream print media. We are increasingly witnessing challenges to judges and arbitrators to recuse themselves on the basis of mere assertions. When the challenge fails, the judge/arbitrator is asked to recuse themselves nevertheless, on the basis that they could not possibly continue to be ‘impartial’ having heard a challenge against them.

As for lawyers themselves, RPC legal director Graham Reid has identified evidence of a sharp rise in solicitor-on-solicitor complaints, suggesting that ‘litigation tactics were becoming more aggressive, with legal teams launching complaints against their opposition at the instruction of clients’.

Unless the regulators step in soon, we will see clients (and more so their lawyers) using the professional Code of Conduct as just another part of their litigation armoury to smear an opponent or neutralise them in litigation. An indication of how such tactics are already taking hold was provided by RPC when it reported (in June 2016) that the number of solicitor-on-solicitor misconduct reports had jumped from 1,852 (in 2011) to 2,516 (in 2015), while the number of overall misconduct claims remained roughly the same over that period (about 10,900).

These are all very damaging developments. They are eroding the fabric of trust which must bind the ‘actors’ in the legal system and without which we will be much worse off.

So what is the answer?

Judges must be robust in reporting and dealing with misconduct where they witness it. Regulators must be ever aware of the fact that their heavy burden, understaffing and under-resourcing may increasingly be viewed as providing a useful ‘dark and dirty alleyway’ down which to lure an unsuspecting lawyer.

Last but by no means least, if smear tactics are seen to be effective and go unchallenged, the incentive for their deployment will be heightened. If we care about our legal system and our profession, we must all denounce such conduct and call upon the lord chancellor (first and foremost with regard to the protection of the judiciary), and our courts and regulators to exercise greater vigilance.