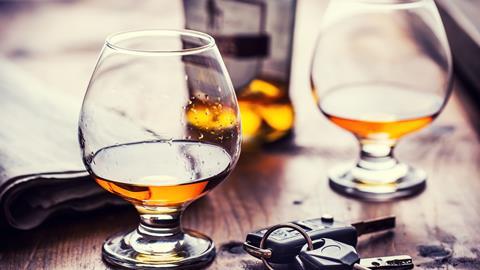 In September 2018 I described how the SRA were dealing with solicitors convicted of drink driving, and the need for a more discerning and informed approach. 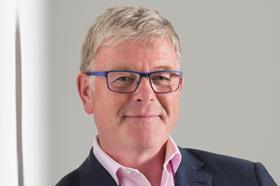 On 7 February 2019 the SRA published a 'Topic Guide' titled 'Driving with Excess Alcohol Convictions', to be read in conjunction with both its guidance on the approach to criminal convictions outside of practice, and its enforcement strategy with particular regard to Principles 1 and 6 of the SRA Principles.

Of the approximately 85,000 people convicted of drink driving related offences each year in England and Wales, some inevitably will be solicitors. Offenders range from the deliberate or careless to the genuinely unwitting.

The SRA has a range of options available depending on the seriousness of the offence, from warning, rebuke, fine or referral to the SDT. It says its role in dealing with such convictions is not to duplicate the criminal process or to punish a person twice for the same offence, but this nonetheless tends to happen sometimes with significant professional consequences after the Magistrates’ Court has handed down a sentence. Moreover, it seems to regard all such offences as serious irrespective of the surrounding circumstances. Solicitors are apparently unable to make mistakes.

Drink drive related offences are nearly always committed in private time. They can all be called 'serious', but then so are serial high speeders or mobile telephone users who may also be punished with lengthy disqualifications. SRA does not seem to deal with these in the same way.

SRA has to judge from the circumstances whether the offence is sufficiently serious to breach any of its principles. The default position is that irrespective of the circumstances a drink drive conviction damages trust in solicitors and in the delivery of legal services. What tends to follow is the delivery of a draft regulatory settlement agreement proposing a rebuke, sometimes with a fine and always with costs and publicity.

But is public trust always damaged? I don’t believe it is. The solicitors’ profession reflects a public we serve with its ability to make mistakes. I believe the public understands this.

All drink drive offences are dealt with in Magistrates’ Courts and are offences of strict liability. It doesn’t matter if you didn’t know you were over the limit. The morning after effect of alcohol consumption can be greater than people realise.

After a self report has been submitted SRA starts an investigation by email or letter and asks for the facts of the prosecution and the sentence. SRA Officers will look for aggravating and mitigating features. Speed of reporting and obvious remorse are key mitigating factors. Damage to other vehicles, injuries and high alcohol readings will be seen as aggravating features.

The first problem one encounters is that different investigation officers take different styles of approach and propose different outcomes, even on the same investigation. In one, the investigation went through three officers as they either left the SRA or moved departments and the last to pick it up took a quite different approach to the others. Some officers require the production of information that borders on a reinvestigation of everything leading to the commission of the offence. I have encountered one or two examples of an explanation being required as to why a roadside breath sample was not provided even though police did not make this the subject of a charge. In one such case the solicitor was a motorcyclist who had come off his bike and was physically unable to provide breath. Otherwise questions can be quite low key and simply require to know the date of the offence, level of alcohol, sentence imposed by the court and whether there were any aggravating features. Such convictions rarely have complicated facts.

Regulatory settlement agreements published on the SRA website show that some solicitors are fined, some are rebuked and fined, all pay costs and all are made public. It is difficult to see what facts lead to a fine or rebuke and from the ones I see it seems to be down to the approach of the individual officer. There is no clear consistent approach, with the exception that a conviction is serious and a breach of Principle 6.

The SRA is always in a strong position because costs and anxiety rapidly escalate, and quickly reaching an agreement will confine these. Many solicitors decide to be pragmatic and settle.

The second problem I find is that SRA takes a one style fits all approach to sanction irrespective of the actual circumstances of the offence or the offender. The examples I regularly see are at the lower end of the offence spectrum and yet the SRA takes a standard approach from which it will not move, apparently on grounds of consistency.

But what about offences that are completely accidental and with low levels of alcohol?

In its 2019 Guide SRA tells us that the presence of strong mitigating features combined with a lack of aggravating features is likely to result in either a warning or a rebuke. The default position I see is a published rebuke with or without a fine. I have yet to see a warning being deployed in even the most straightforward and low level of drink drive offences.

I find other regulatory bodies are more willing to look at individual circumstances. I have represented many doctors and accountants in drink drive prosecutions and their respective regulators approach convictions quite differently. They can impact professionally if serious enough, but they don’t have to and there is no standard position taken.

The publicity can be a real sting particularly if it leads to employment difficulties. The SRA appears inflexible and this does sometimes cause real hardship. Regulatory decisions are being made in some circumstances where they are not warranted.

The SRA does need to be able to see that not all such offences require professional punishment. The public understands errors. We are not expected to be paragons of virtue.