Over 2 million people endure domestic abuse in the UK each year (1.3m women, 695,000 men). Costing the UK £66bn each year, the private ‘behind closed doors’ nature of domestic abuse means that such numbers are merely a reflection of the vast scale of the problem. 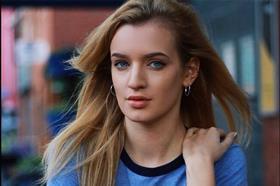 Efforts to address the reality faced by survivors has led to the development of the Domestic Abuse (DA) Bill 2019. Alarmingly, the draft Bill offers very little safety and support for migrant survivors.

The Bill introduces a wide range of measures:

They may have very few close family members and friends in the country (if any). Furthermore, they are likely to feel culturally and socially isolated. Olivia Bridge, political correspondent for the Immigration Advice Service, has highlighted how a combination of these factors along with a diminished understanding of UK law all ‘work as a vehicle to push migrant victims into total silence’.

Many migrant women in abusive relationships are further trapped by their immigration status. They are unable to trust that the law will prioritise them and their safety over their status. To be just, the Bill must ensure that all women can access support.

The measures introduced by the Bill do not address the hostile policies created by successive immigration bills. Perpetrators often exploit their partners’ insecure immigration status as an additional method of control. The current environment enables the abuser to have power over their victim.

Andrea Simon, public affairs manager at the End Violence Against Women Coalition argues this shames us a society – when we clearly put immigration enforcement ‘over women’s and children’s lives’. Instead of ensuring migrant women can access vital support services such as refuges, she notes, the government suggests some victims of domestic abuse ‘may be best served by returning to their country of origin and, where it is available, to the support of their family and friends’.

Amnesty International quotes ‘Isabela’, a survivor of domestic abuse, whose case shows how lack of protections for migrant women left her in a desperate situation.

‘I was convinced by my British ex-husband that I had a spousal visa, but he had refused to apply for one as soon as I arrived to the UK. I continued to undergo domestic violence from my then husband who threatened me repeatedly with deportation. He and his mother hid my passport away from me and he told me I would never be believed and that he would take our children away from me. I was refused support from the police and was made homeless and destitute. I was also told I had no custody over my child because I was undocumented.’

The law should really strive to help those which are vulnerable in our society. Alarmingly, it is clear that this is exactly where the DA Bill fails the most.