When unexplained wealth orders came into effect at the start of 2018 there was much talk about how this powerful investigative tool would help rid London of the vast sums of corrupt money in its property market. The tool forces individuals linked to criminality to explain the origin of potentially laundered assets. 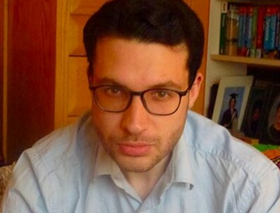 Former Foreign Secretary Boris Johnson even went as far as claiming that the orders could be used in the wake of March’s Novichok poisonings to clamp down on wealthy Russian oligarchs with properties in London.

So, how effective have unexplained wealth orders been so far and how effective are they likely to be in future? The truth is, it may be extremely difficult for us to ever know because of the veil of secrecy that shrouds their use.

The High Court granted the first-ever unexplained wealth orders in February following a private hearing where no members of the press or public were present. The orders, which target the wife of a wealthy foreign banker who owns two properties worth £22m in England, are currently being challenged. Mr Justice Supperstone said last week that the couple’s challenge should be heard in public, but in the same breath, he also imposed a stringent anonymity order banning the media from reporting anything that would identify the banker and his wife as well as the two properties.

The press have been left to refer to the couple as ‘Mr A and Mrs A’ in reports detailing the challenge, which revealed that Mrs A had spent over £16m in Harrods over 10 years. The media themselves are unaware of the couple’s identity, increasing the risk that the anonymity order may inadvertently be breached.

Lawyers for Mr and Mrs A presented relevant parts of the recent landmark Cliff Richard decision to Mr Justice Supperstone before he decided to impose reporting restrictions. This will compound fears that in the wake of the High Court’s Cliff Richard judgment - which held that the BBC had acted unlawfully in naming the singer during coverage of a police inquiry - the media’s ability to report on investigations is set to become increasingly restricted and limited.

The High Court’s decision to impose stringent reporting restrictions in the first public unexplained wealth order hearing threatens to set a dangerous precedent that undermines open justice. But more worryingly, the use of total anonymity will undermine also the powerful deterrent effect that such orders could have. It is potential reputational damage from adverse publicity, as much as possible loss of assets from unexplained wealth order proceedings, that will discourage corrupt individuals from laundering their ill-gotten money through London’s financial system.

The high levels of secrecy in unexplained wealth order proceedings mean that the public is being left in the dark about how this most powerful and invasive of investigative tools is being used by enforcement authorities. Statements by both Boris Johnson and Liberal Democrat leader Vince Cable about the possibility of employing unexplained wealth orders to go after wealthy Russians in London, strongly underline the need for the public to be able to monitor the tool’s use as there is a danger that it might be manipulated for political ends.

The public also has a strong interest in knowing about property that authorities suspect is being used to launder money. In particular, the citizens of countries whose wealth has been syphoned off and who have been impoverished and disenfranchised as a result, have a right to know where and how their politicians are laundering money in London stolen from the public purse.

With the Cliff Richard decision still fresh, there is a concern amongst some quarters of the media that open justice is under siege. In imposing total anonymity in the first public unexplained wealth order hearing, the High Court has done little to dispel such anxieties. Anonymity in such cases effectively protects corrupt and avaricious politicians from the scrutiny, thereby undermining the fight against corruption and the push for stronger and more democratic governance around the world.

Rahul Rose is the author of Veil of Secrecy, published by Corruption Watch UK.