The right to a jury trial in Northern Ireland

Supreme Court to consider whether ex-soldier can be tried without a jury.

Can a former soldier accused in connection with a fatal shooting in Northern Ireland 44 years ago be deprived by prosecutors of the right to jury trial? That important question will be considered by the Supreme Court at a hearing planned for next March.

Dennis Hutchings (pictured), 77, denies attempted murder and attempting to cause grievous bodily harm. In 1974, he was serving with the Life Guards in County Armagh. His patrol came across a man they suspected of being an IRA terrorist. The man, John Patrick Cunningham, was shot when he refused to stop. It emerged later that Cunningham was a vulnerable adult with learning difficulties. 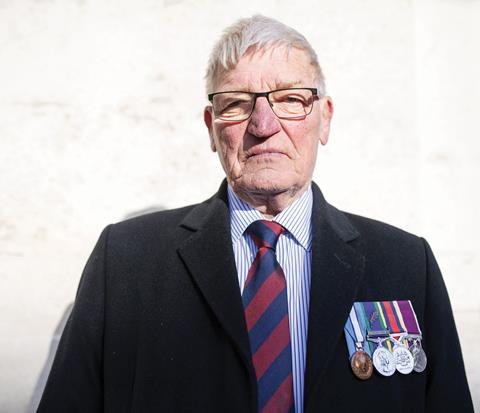 After a police investigation in 1974, Hutchings had been told he would not face charges. But his case was reviewed in 2013 by the Police Service of Northern Ireland’s historical enquiries team. In 2015, Hutchings was arrested at his home in Cornwall and brought to Northern Ireland for questioning. He was charged with attempted offences because it was not clear which soldier had fired the shots that killed Cunningham.

Trials without juries in Northern Ireland date back to 1973. To deal with the problem of jury intimidation, a commission had recommended that terrorist cases should be tried by a judge sitting alone in court. These became known as Diplock courts after the law lord who chaired the commission.

Diplock courts were abolished by the Justice and Security (Northern Ireland) Act 2007. But, in introducing that legislation, the government said that special arrangements were still needed to protect jurors from intimidation in a small number of exceptional cases. So the act allows the Northern Ireland director of public prosecutions to issue a certificate requiring a defendant to be tried without a jury – but only if the DPP is satisfied the administration of justice might be impaired by a jury trial and he suspects one of four specified conditions is met.

Three of these conditions involve proscribed organisations – in other words, terrorists. But condition 4 is that the offence was ‘committed to any extent (whether directly or indirectly) as a result of, in connection with or in response to religious or political hostility of one person or group of persons towards another’. Explaining why condition 4 was needed, the minister referred to recent sectarian rioting and said prosecutors might not be able to prove that a defendant involved in such violence belonged to a proscribed organisation.

In April 2016, the then Northern Ireland DPP, Barra McGrory QC, issued a certificate under the act preventing Hutchings being tried by a jury. McGrory subsequently said he suspected the offences that the former Life Guard was facing had been committed ‘in connection with or in response to the political hostility of members (or suspected members) of the Provisional IRA towards those who believe Northern Ireland should remain a part of the United Kingdom’.

Unless jurors have direct links with defendants, we do not usually question them about their opinions – still less exclude them from serving as a result

Hutchings sought judicial review of the DPP’s decision but his application was dismissed by a divisional court in Belfast at the end of last year. Giving judgment, Sir John Gillen asked whether, ‘in the fractured society in which we live in Northern Ireland, someone or more on the jury might entertain a prejudice against or a partiality in favour of a soldier fighting terrorism’. In the court’s view, McGrory had a solid basis for being satisfied ‘that there was a risk of a biased juror in this case’.

In July, the Supreme Court granted Hutchings permission to appeal. His counsel had said that the DPP’s justification for invoking the condition was ‘wholly fanciful’. James Lewis QC claimed it amounted to saying that because troops were in Northern Ireland as a result of sectarian violence any offence committed by a member of the security forces would come within condition 4. The divisional court had found the statutory wording ‘manifestly wide enough to embrace the scenario of the British Army engaging with suspected members of the IRA’. But, he argued, the Supreme Court should adopt the purposive construction that parliament had intended, confining the legislation to the immediate context of sectarian violence.

In addition, Lewis maintained that the ordinary rules of natural justice should apply in a case where a member of the executive was removing a person’s fundamental right. Hutchings had been given no opportunity to make representations before the DPP’s certificate had been issued; McGrory had refused to disclose the materials on which he had based his decision and his reasons were ‘manifestly inadequate’.

I would add only this. There is no suggestion of jury intimidation here. The divisional court may well have been right in saying that potential jurors in this case may turn out to be prejudiced, biased or partisan. But, unless jurors have direct links with defendants, we do not usually question them about their opinions – still less exclude them from serving as a result.