The right to die

Ron Hogg is the police and crime commissioner for Durham having won the confidence of his constituents in consecutive elections. Formerly a police officer for over three decades, he rose from constable on the beat to assistant chief constable and deputy chief constable of the Durham and Cleveland police forces respectively. His life is public service exemplified. His unshakeable principles are the result of a fundamentally good nature. I urge people to research his thoughtful and progressive ideas. There are not many men like Ron Hogg. 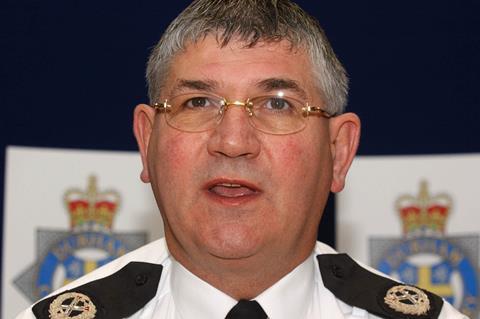 MND is a degenerative terminal disease, which renders the body physically incapacitated. Ron quickly suffered the typical symptoms of losing the function of parts of his body. It causes me great anguish to contemplate the alarm, shock and distress this will have caused Ron and his family.

The right to die

Ron, who re-married two years ago, wants to take control of the end of his life. He has discussed matters with his family whilst he has the ability to do so. He wishes to bring his life to a close on his terms. Not on the terms of a cruel and destructive disease. He wants the right to die.

Assisted dying is where an individual who is terminally ill is helped to die, for example, by the injection of drugs. The idea is to allow that individual to control their own demise in accordance with their wishes. It allows for a more civilised death than certain diseases would otherwise inflict. The most well-known jurisdiction to which people go to end their lives lawfully is Switzerland, where euthanasia or assisted suicide is practiced. New Zealand has recently announced a referendum on the question of euthanasia.

Assisted dying is currently a crime in the UK. The notion of a police officer investigating and pressing charges against an elderly woman who has been complicit in the compassionate killing of her terminally ill husband at his request is unjust and impractical. If there were a legal process for individuals to follow, there would be no need to waste police resources in this (often traumatic) way. One benefit of legalisation is that safeguards could be considered and implemented to prevent wrong-doing.

In 2015, I turned down the chance to work for a campaign in support of the right to die in the UK. The campaign was connected to the parliamentary bill proposing to decriminalise assisted dying, which parliament rejected later in the year. 118 MPs voted in favour. 330 MPs voted against. I had applied for the job having recently watched my mother die horribly of thyroid cancer, which had spread to her lungs. It was my mother’s suffering and rapid decline from super-human barrister to agonising helplessness which confirmed my view that it should be permissible for people to take control of their deaths. I am sure that I would have made no difference to parliament’s rejection of the bill, but I do regret not doing something to help the campaign.

The fact that so many MPs oppose assisted dying perplexes me. There are religious and moral grounds on which some build their objections. We have freedom of religion in our country and rightly so. However, what is happening is that the moral beliefs of some are reducing the rights of others. It is unfortunate that any religious or supernaturalist elements of society should present obstacles to updating our current laws, but especially when it limits freedom of choice for individuals and prevents the improvement of their lives. The right to make personal ethical decisions is surely more sacred than any one particular religious or moral code, of which there are many.

There are ‘thin end of the wedge’ or (in legal language) ‘floodgates’ arguments too. The same argument was used by many of those who opposed votes for women, the legalisation of gay marriage, and other important societal changes. Need I say more?

We could adopt a stringent criteria for assisted dying, including terminal illness and sound mind. Defining the precise parameters for assisted dying is a discussion for a different day, but this ought not to cause worry. There will always be difficult decisions to make in relation to healthcare. This is especially so when cases are on the cusp of the relevant rules and where facts are contentious. Our courts, the envy of the world, are well-equipped to tackle issues surrounding healthcare including those arising from assisted dying.

Ultimately, there appears to be no good reason to prevent someone from being able to minimise their discomfort and, crucially, the discomfort of those close to them at the end of their life.

Since the Human Rights Act 1998 became law, the concept of citizens having certain fundamental rights throughout their lives has become widely accepted. I would argue that the right to die is of equal importance to any other human right and that it is high time that this was reflected by legislation. Parliament, however, will need to be persuaded. I hope that Ron’s case will help change its mind.

The late Christopher Hitchens once said [of human life]:

’You’re expelled from your mother’s uterus as if shot from a canon towards a barn door studded with old nail files and rusty hooks. It’s a matter of how you use up the intervening time in an intelligent and ironic way.’

None of us can avoid the merciless barn door. But we can make the final hurtle much more tolerable for ourselves and for others.

Ron’s situation should encourage everyone to think again about the archaic restrictions, which make many lives needlessly painful.

True to form, Ron remains a robust and principled campaigner despite the difficulties he is facing. He deserves to leave this place in the manner in which he has lived. Dignified, courageous and in peace.

And so does everybody else.