The case for supporting trans and non-binary folk is straightforward. Justice is rightly blind to the characteristics of those who appear before it in any capacity: as victims, witnesses, even perpetrators. The legal system must work for all, and anything less is not worthy of the name. 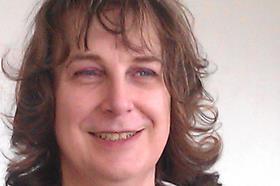 As a frequent writer on crime and the workings of the law, I am thankful for the constant efforts of all involved, advocates, judges and support staff for the system we have, however imperfect. Yet I am also acutely aware of widespread distrust by trans folk: how hard they find it to believe the law has their back; and how pernicious the impact of such beliefs. Reported hate crimes are up, massively, on previous years: 81% in a year, according to the BBC.

But this is just the tip of the iceberg. Many trans people do not report such crimes, fearing they will not be taken seriously. Or because they have heard of bad experiences others have had with the courts, both criminal and civil, and concluded it is not worth the candle: that the remedy is at least as bad as the disease; and it is better to suffer in silence.

They have a point. We are a million miles from the days when divorce petitioners would cite the mere fact of transness as grounds for divorce, or preventing access to children.

Although the law in this area continues to reserve a special place for the transgender and, via statute, to single them out for different treatment when it comes to marriage (check out s12 Matrimonial Causes Act 1973).

Not forgetting the case of the Jewish trans woman denied access to her children in 2016 because one judge reckoned the stigma of being trans outweighed other considerations.

The answer is simple, and one that, in theory at least, the UK legal system is already committed to. Its basic elements may be found in the Equal Treatment Bench Book, which is based on the radical notion that trans people are people, deserving of access to justice without their very existence being questioned.

Respect names: respect titles. No-one who is not trans quite understands the traumatic impact of misgendering and ‘deadnaming’. Do not turn legal proceeding into an inquisition on the nature of sex or gender. Do not, as one judge, a couple of weeks back, comment on ‘biological reality’. Unless it is central to the proceedings. And honestly? How often is that?

No-one need ‘change their thinking’. Well, except that they catch up with the World Health Organisation and not repeat the widely discredited idea being trans is a mental illness.

‘Trans women are women: trans men are men; non-binary people are non-binary’. This is slogan: invitation to think about how we categorise people; not absolutist credo that you MUST sign to. Or else. Hate crime, as lawyers know, is NOT about words per se. You may say what you will about trans folk. But if you commit a crime and your words betray anti-trans hatred, that is different.

Carol Reed, a man, made films: Stevie Nicks, a woman, makes music; and getting their names right appears no great issue to most of society. Elsewhere the law is more than happy to deal with courtesy titles, merited or not: As Lord Byron put it:

‘There were four Honourable Misters, whose

Honour was more before their names than after’

What then of the suggestion, by Harriet Wistrich in the Gazette, that some women are being traumatised in court by being ‘forced’ to use pronouns they consider wrong? Victims and witnesses are, after all, more vulnerable than court officials and rightly require the utmost level of care and protection.

I have great respect for Wistrich and her work supporting women abused by undercover police officers, but this is sensational scare story and straw man.

Victims are not forced into using specific language. They are asked to respect the sensibilities of others in court. If you don’t want to call someone ‘she’ or ‘he’, or acknowledge their name, you don’t have to. There is a world of circumlocution out there, starting with ‘you’, ‘they’, or even ‘the accused’.

And in the one and only case where this has been a significant issue lately, my understanding is that a judge rebuked an individual for appearing to go out of their way to use language they knew would hurt and embarrass, even when asked not to.

That does not feel like serious difficulty. The only puzzle is why some people are giving it time of day.


Jane Fae is an independent writer who writes on the intersection of law, policing and sexuality