'How does the UK government propose to ensure that religious marriages do not lead to, or involve, de facto discriminatory practices against women?’

This was a question posed to the UK government delegates by the UN’s Committee on the Elimination of Discrimination against Women as part of its review of the extent to which the UK was meeting its international obligations under the Convention on the Elimination of all Forms of Discrimination Against Women (CEDAW). This was one of many questions raised on the subject of religious marriages - or more specifically Muslim marriages. Article 16 of CEDAW requires states to ensure women have equal rights in marriage and family life but sadly this obligation is not being met when considering Muslim women; a point that Muslim Women’s Network UK (MWNUK) were able to highlight through their engagement with the CEDAW Committee in Geneva in February 2019. 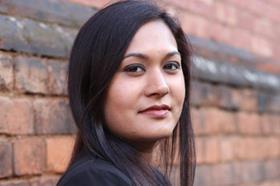 On the one hand, there are Muslim women who are married but whose marriages are not recognised under law. This means they do not have recourse to UK courts upon marital breakdown. They are dependent upon their husbands pronouncing a divorce – or a Shariah council granting one. Husbands on the other hand are able to unilaterally end a religious marriage without needing any such permission or cooperation from their spouse, which means that Muslim women can and do find themselves divorced overnight and without the legal rights which are otherwise afforded to married couples in legally recognised marriages.

We also have Muslim women who are in legally recognised marriages and seek dissolution of their marriage through UK courts. Some Islamic scholars are even of the opinion that the dissolution of the civil marriage may be taken as simultaneously ending the Islamic marriage in certain circumstances. Unfortunately this viewpoint needs to gain further traction in the British Muslim community and until then, women will continue to seek confirmation in the way of an Islamic divorce certificate from a Shariah council (or similar) to reassure themselves, and prospective spouses, that they are indeed religiously divorced.

In both situations therefore, Muslim women are finding themselves at the mercy of men. In return for a religious divorce, they are being pressurised into accepting unfair financial and custodial demands, and in some instances the demands raise serious safeguarding concerns. Is it fair for a woman to need to choose between freedom from a religious marriage, financial destitution or even the safety of her child? No. Thankfully MWNUK have two very effective legislative reforms which we believe will resolve these issues, and as they were both raised as questions by the CEDAW Committee, it appears they agree with us too.

The first is to amend the Divorce (Religious Marriages) Act 2002 so that it is made applicable to Muslim marriages. This would give UK judges the power to withhold finalising the civil divorce until the religious divorce has been dissolved and women will be provided with the opportunity to highlight any unfair hurdles that are being placed in their way in obtaining one. Shariah councils will most certainly feel the need to act responsibly as they will be placed under the scrutiny of UK judges, albeit indirectly.

MWNUK’s second proposal is to make it an offence to conduct a religious marriage that does not create a lawful, legally recognised marriage or without first ensuring the couple are already in a legally recognised marriage. This will mean that at least going forwards, women will no longer find themselves in a situation where they are married but without any legal rights or recourse to the law. It will also provide us with additional powers to tackle forced marriages.

Calls have been made for amendments to the law so that Muslim marriages are treated in the same manner as Jewish and Quaker marriages. Such proposals will simplify the process of registration for those who wish to register (and give legal recognition to) their religious marriages. However there are many individuals, mostly men, purposefully choosing not to have a legally recognised marriage for inequitable reasons. This may be to protect their property and financial assets or simply to maintain control of their spouse. Unless a specific condition has been included in an Islamic marriage contract to state otherwise (in our opinion a rare occurrence), men can unilaterally end their Islamic marriage whenever they want to and their spouses must live with the possibility of finding themselves one day divorced and without legal recourse. Women can feel unable to disagree to or are pressurised into agreeing to such a set up. Simplifying the registration process will not change their plight, nor will it stop men from entering into second, third or even fourth religious only marriages. MWNUK’s proposal on the other hand removes the loopholes and leaves no room for excuses – or abuse.

In its concluding observations, published in March 2019, the CEDAW Committee specifically recommended that the UK government introduce an obligation for celebrants of religious marriages, including Islamic marriages, to civilly register such marriages. This will be achieved with our legislative proposal and more importantly, will address the inequalities being faced by Muslim women on marital breakdown.

The Lord Chancellor has recently informed MWNUK that our proposals will be given detailed consideration. We hope this occurs sooner rather than later – and that we see these proposals given the same priority as the reforms to the legal requirements for divorce.