UK must not self-harm

Since the result of the Brexit referendum was announced on 24 June last year, we as a nation have struggled to define exactly what we mean when we talk about leaving the EU. 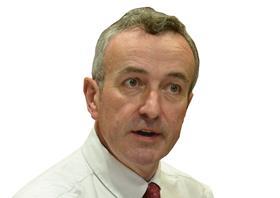 Now, with the general election results in (although we do not necessarily have much more clarity) there does seem to be a shift away from the rhetoric of a ‘hard Brexit’.

As always when the new cabinet is appointed, the Law Society has written to offer congratulations and to outline some of the key areas where we hope to work with ministers.

Central to our message is the argument that, as we attempt to unravel ties created during the past 40-plus years of EU membership, we must not inflict an act of self-harm and unravel our economy, jobs and rights.

Certainty is key to international business and is of benefit to all members of the EU. As a result, we believe we should commit to the recognition and enforcement of judgments across the EU.

Nor must we undermine the value of cooperation in the vital area of security, such as the EU arrest warrant. It is crucial for the safety of UK and EU citizens that we still share information and enable extradition. We also offered to continue to work with the Home Office on issues such as human rights and tackling modern slavery.

We have raised access to justice with the attorney general and offered to work with him on this and on pro bono – while stressing that offering free legal services to people in need is not a substitute for a properly funded legal aid system. We also think government should recognise its responsibility to keep a focus on access to justice when altering costs thresholds, issue fees and closing courts.

The strength and stability of English and Welsh law, our independent courts and judiciary, and the excellence of our legal services providers have resulted in the law of England and Wales being the jurisdiction of choice for contracts and for dispute resolution.

We stressed this to the secretary of state for international trade, reminding him that the sector contributes significantly to the UK economy – in 2015 it contributed £25.7bn, £3.4bn to net exports and provided and supported 380,000 jobs. England and Wales is a global legal centre.

We have also emphasised that this success and economic contribution, including export earnings, in a thoroughly competitive environment require protection of mutual market access for lawyers across the EU.

And we have offered help to support efforts to open markets and secure free trade agreements outside the EU.

We told the secretary of state for exiting the EU that we welcomed the fact the Conservative manifesto had recognised legal services as a major British export, and reminded him of some of the key areas that need to be addressed before we leave the union.

The law of England and Wales underpins a vast number of global transactions. Its relative certainty, an expert judiciary and professional environment renowned the world over for its competence and independence – both of judges and practitioners – all add to the appeal of our law and of this jurisdiction.

So our message to ministers in the wake of the election is simply this: Brexit must match the UK’s ambitions for the future. The Law Society is ready to play its part in securing the best possible deal.

Robert Bourns is president of the Law Society